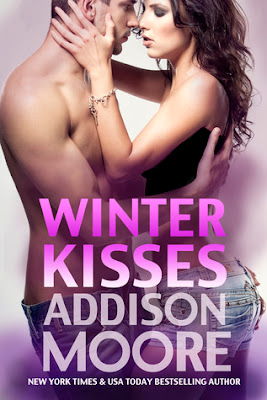 
Laney Sawyer used to believe in love and all of the trappings that happily ever after could provide until Ryder Capwell crushed her heart.

When Laney is auctioned off as a prize at the drama department fundraiser the last person she expects to trade cold hard cash for her company is Ryder. Ryder Capwell is in love with Laney Sawyer. One year ago she walked out of his life and took the light of his world right along with her.

Ryder would do anything to have another chance with Laney, including purchasing her for the evening courtesy of Whitney Briggs University, and he does just that. One thing leads to whiskey, which leads to a one-night stand. She thinks it’s revenge sex—he thinks its make up sex.

Things can only go wrong from here...

I will admit right upfront that I never read the first novella in this series, and purchased this one when it was a free offering from Book Bub, not realizing it was the second in a series. I don't usually like to jump in midstream, but with this NA college series it didn't seem to matter too much.

Laney and Ryder have a complicated history, more complicated by the fact that her best friend is his sister. And then Ryder "purchases" Laney at a charity auction. She's his for the night, after breaking up and not speaking for an entire year. One thing leads to another, and in vino veritas, as they say, although in this case it involved backstage whiskey. The couple sizzle through several  scenes and hot makeup sex before confronting the root of the problem, his family. Can they survive as a couple if his mom hates her?

I've read a lot of NA at this point, but this was more raw and sexy than I've read. (Maybe the cover should have been a clue, but in my defense the thumbnail was pretty small on my iPad.) The chapters alternate POVs between the two main characters, and both of them hold nothing back in their narration. Graphic descriptions sizzle off the page, just short of erotica. It's not my usual cup of tea, but as a quick hot read it held my interest. If you don't like your romance too graphic, skip this book. (Otherwise grab a copy as a guilty, well-written pleasure.)


Grab your copy on AMAZON