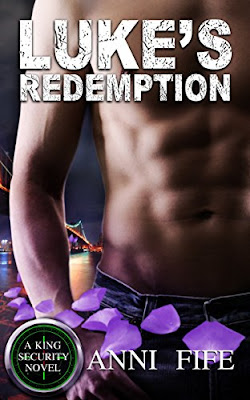 Chased by her criminal kingpin father, Katya Dalca runs to New Orleans and straight into the arms of Luke Hunter. Sucked into the carnal world of the French Quarter, she succumbs to Luke’s potent sexuality. He not only steals her breath, he steals her heart and the only leverage she has against her father. She is left with no choice except to pick up the pieces and rebuild her life alone.

Undercover DEA agent Luke Hunter thought his newest assignment—recover a stolen flash drive to gain the trust of the Russian mob—was like any other. But his target brings him to his knees, and after one taste of her intoxicating beauty, he's in too deep. Doing his job means walking away, leaving his heart behind with nothing but a promise to reunite. It's a promise he can't keep.

When Katya's past reaches out and her world unravels, her only hope is the one man she is most vulnerable to—Luke.


My Take:
This sizzling romance will take you on a roller coaster adventure filled with sex, violence, and betrayal, but ultimately lead to a happily ever after. Hot, steamy, and HEA, what more could you ask for?

Twenty-something Katya has just run away from home to avoid an arranged marriage when she first meets Luke. Except he's undercover at the time, just trying to get back something she stole from her mobster father on her way out the door. She spends one perfect day with him before he disappears, taking both her virginity and her heart. She moves on with her life on the run, raising their daughter alone until circumstances bring them back together to face the danger she thought to leave behind.

The story is told in alternating points of view, with only Katya's chapters told in first person, which I found a little disconcerting at first but quickly adjusted. Actually, more disconcerting was Katya's repeated overuse of exclamation points, which I know is a common device in steamy New Adult novels, but I felt like these characters were a little old for so many exclamatory statements.

Regardless of the punctuation, the story line barrels along at breakneck speed from one narrow escape to the next. The sex scenes are steamy, urgent and powerful, the chemistry between the characters palpable. The language and dialogue are also raw and urgent, and if you're looking for a sweet romance or are easily offended, this isn't the book for you. However, if you enjoy sizzling heat and nonstop action, give this new author a try. You're in for a wild ride.

Okay, that's then end of my official review, but I need to add a few critical words - the cover? I don't really like it. I do like the "King Security" logo, and think it'll be a great way to brand this series, and fits in well with others in the genre. But the purple flower petals? Umm, where's the dislike button? They seem to imply a paranormal flair that's not anywhere to be found. They made me expect witches -- or voodoo, with the New Orleans angle. Nope. After I finished the book and looked at the cover again, it surprised me because I forgot it was like that. I also think the muscular chest should be a little more in focus. A little more sizzle-worthy - because this book is ALL about the sizzle.

But that's it. The extent of my complaints. Take away the purple flower petals, and maybe a few of the exclamation marks and this book is a winner all the way. Totally on my recommend list, but make sure you're sitting next to the pool or the ocean because you'll definitely need a way to cool off after reading this steamy suspense. And I mean that in the best possible way.

Grab a copy on Amazon. No really. Grab one for your beach bag now.