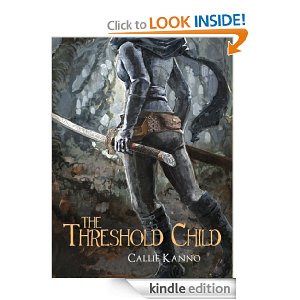 Adesina was trained from childhood to serve her land as a warrior and a spy. When she is selected to combat a group of seditious magic users, she must summon all of her talents--some of which have been buried in the deepest part of her.

First of all, the book’s blurb and cover do not do this story justice.

This is an epic YA fantasy, a coming of age story, and a classic tale of good versus evil where the lines are all blurred and the heroine must work hard to see where the right path leads. It’s a story of duty and honor, of love and betrayal, of swords and magic, set in a land somewhere distant and different than our own, and yet still familiar.

Adesina is an orphan, raised by the mysterious Shimat sect to be a warrior. She knows she is different than the other children she trains with, set apart not only by her striking and unusual features but also by her innate abilities. When she graduates her training program in record time, she is proud to be sent on a secret mission to the High City. She honors her duty to protect the lands from the influence of the magic users, the L’avan, a Northern tribe who are the mortal enemies of the Shimats.

She is initially aided in her mission by Kendan, her last Shar, or trainer. Over the course of their training and journey together she develops strong feelings for him and doesn’t question when he gives her an assignment to capture one of the L’avan. It is only after the mission is complete that she has regrets… the man she helped to kidnap looked too familiar. Are the Shimat really protecting the realm? Or trying to control it all for some deeper, more sinister purpose?

L’iam is a crown prince of the L’avan people. He journeys with a company of his people to the High City seeking information on his missing soldier. When Adesina meets up with the L’avan, she is startled to realize that not only are the magic users good and moral people, she is actually one of them – and the man she helped to kidnap was her own father.

The second half of the book is Adesina’s journey not only to redeem herself by trying to free her father from the Shimat, but also her journey to discover her L’avan roots and the magic, or vaya, that each of them has deep within. She is aided in both quests by L’iam and by a magical beast named Ravi. The L’avan have a prophesy about a “Threshold Child” who will lead their people into a new age. Could Adesina be that Threshold Child they seek?

While there are some flaws in the writing (and quite a bit of head hopping), the story arc is sweeping and magical. The characters and emotions are strong and believable, and the situations keep the reader on the edge of her seat. Even when it’s obvious that Adesina is making a poor choice, the reader keeps rooting for her to survive, to find a way through. To win, both in her battles and in love.

I’m told that this book is the first of a planned series. While the book and the ending stand on their own merits (and I actually loved the ending, despite what other reviewers have said), I look forward to reading the next installment. If you enjoyed Graceling, you will enjoy rooting for Adesina along her journey.

You can find this book on Amazon - currently on sale for $2.99

* I received an ebook copy of this novel in exchange for an honest review. *

Callie Kanno comes from a family of writers, and has loved telling stories from an early age. She dabbled a bit in poetry and other short works until she discovered her passion for novels. She is a wife and a mother, and currently lives in Utah with her family.