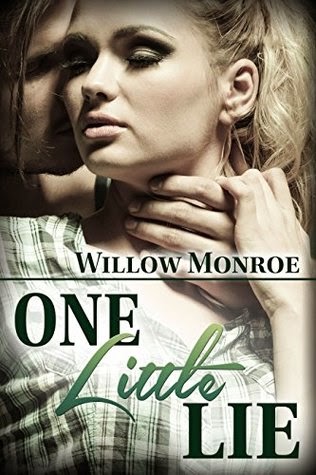 
Paisley is ready to go: graduation, summer, and then she’s off to college. That is, until the mysterious new stranger in town named Beacon stops her dead in her tracks. Beacon blows her mind and it isn’t long before he’s got her blowing off her plans, too.

But when catastrophe strikes – twice – can she defend her beautiful man against the people who want him gone? Or is Beacon really the bad boy that everybody warned her about?

MY TAKE:
I usually tend to paranormal when I read New Adult, but something about this blurb caught my attention. It was an easy quick read, filled with the angst of an 18 year old on the brink of graduation and adult choices. When Paisley falls for the new "bad boy" who recently moved into her small town, she decides she needs to keep their relationship a secret. After all, she's always been a good girl and feels she must live up to the expectations of her parents and brothers.

Beacon isn't as bad as his reputation makes him out to be, and as Paisley gets to know the real man behind the rumors, she falls head over heels in love. But after she already lied about not having a relationship with him, how can she tell her dad the truth?

The situations are believable enough, but the tension and problems felt rooted in the 1950s or small town 1960s rather than today's world. If the book had been set in an earlier timeframe, it would have been more powerful and believable for me. Even so, the writing pulled me along to the satisfying happily ever after.

Get your copy on Amazon
Posted by Katie O'Sullivan at 5:00 AM