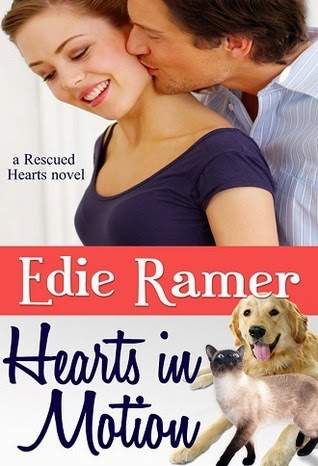 Take two cats, a dog, and a determined woman...
Animal lover Abby Pimm isn't looking for love. With two rescue cats, one rescue dog, and a struggling business, and her fourteen-year-old sister to raise, she's got her hands full. What she needs is an angel - though she'll settle for the devil if he'll invest in her fledgling company and keep it afloat.


Add a six-year-old girl...
Wealthy businessman Holden Ramsay is no devil. He's doing all the right things, and when he's forced to care for his ex's six-year-old daughter, he ends up hiring Abby as a temporary sitter - a woman who lights up his damaged heart, and perks up other organs as well. A woman who might be his redemption...or his downfall.


Who's rescuing who?
The animals that Abby rescued think maybe it's time they do a little rescue work of their own - because sometimes humans in love can be so dense...

MY TAKE:
First let me say Watership Down was one of my favorite childhood books, narrated exclusively by various rabbits. And I loved The Rats of NIMH.

But this is a romance novel.

Most of the book is pretty standard. The heroine, Abby Pimm, was orphaned at a young age, taking care of her sister, works hard but just needs an influx of capital to make her company take off. Holden Ramsey is rich, who married on impulse once but now guards his heart too carefully. He needs the heroine's help, just for two weeks. Of course they'll fall in love before the end, but both are stubborn and need some nudging.

Enter the rescue animals. No, really.

There are whole chapters narrated by the heroine's animals, two cats and a dog named Lion. One of the book's main POVs is a Siamese cat. Otherwise, it seemed like a good enough storyline? Cliched perhaps, but a good enough read. But the cat POV kind of stopped me cold. I guess I should've read the blurb a little more closely, because going back to it now I can see the author didn't really hide the fact that the animals were in charge...

I'm an animal person, and like having dogs and cats as characters furthering the action... But not narrating it for me to help me understand or further the plot. Found myself trying to skip those chapters, but you can't if you want to understand the whole story. There's, like, plot that only the Siamese has figured out. So you need to listen to her or you get lost. Argh.

I did finish the book, but won't be reading more from this author. If the idea of animal POVs doesn't bother you, try this as its well written otherwise. I'm going to find something else to get my dog fix.
Posted by Katie O'Sullivan at 5:30 AM