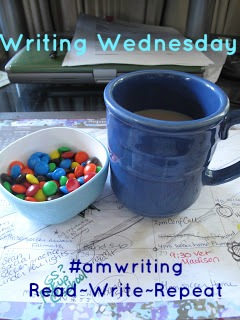 This year I was lucky enough to have a graduating senior making a speech at his high school commencement ceremony. At least, parts of this felt lucky - and when the speech was finally written I felt true pride in his accomplishments.

I started bugging Mr. Valedictorian to at least write a rough draft over April vacation, after he'd gotten the official word that he was number one in his class (with a 4.63 GPA). "Mom, I have plenty of time," he said.

I bugged him again after AP exams and the spring musical were finished in mid-May. "I've got ideas jotted down," he told me. "I need to finish my final projects for class first."

During the last week of school, the assistant principal met with the three speakers to give them guidelines. ("Keep it short" being the only one my son remembered.) He also told them which English teacher would be in charge of reviewing the speeches and the date they were due, which was the Friday before prom, about a week before the graduation ceremony, exactly a week before the rehearsal where he'd need to practice delivering the speech at the podium.

My son missed that deadline, sending a text to say he'd get it to her the next morning. He finally sat down with me for help (you know, seeing as how I'm a writer. And an editor.) He was frustrated because everything he wrote sounded like a bad cliche. Like the thousand other speeches we'd watched on YouTube of other graduates. He griped that the whole idea of "Valedictorian" was cliche.

I told him it was an honor and to get over himself.

I'll point out right up front that I didn't write any of his speech... but did point out a few things he forgot (like the ubiquitous thank yous at the beginning.) His first draft was scattered, but filled with good points and thoughts. I bullet pointed his 3 main ideas and told him to read it again with those in mind. I also suggested he find a second quote that his classmates could relate to. My husband said it's the way his brain works - he has to play with it in his head for a while before he can get it on paper. I disagree. He needed to write it down. And rewrite it. And rewrite it again.

And, just like a manuscript, it still wasn't finished - it needed fresh eyes to read and edit, before another round of rewrites until the final copyediting. By Sunday afternoon - with graduation the following Sunday - he had a draft he was happy with to submit to the English teacher.

I could help with the drafting and editing. I could never stand in front of thousands of strangers and speak the way he did. No fear. No rushing. Just speaking from the heart, and no one knew how much frustration and tears went into those simple, heartfelt words.

This past Sunday, he delivered his speech. It was awesome.


Congratulations to all the 2016 graduates!

Posted by Katie O'Sullivan at 7:15 AM