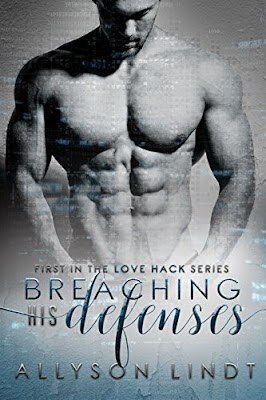 
What happens in Vegas… can break hearts and destroy careers.

Years ago, heartbreak corrupted Jared Tippins’s outlook on love. He spun the betrayal into a rapid climb up the corporate ladder, and swore off any relationship with a morning after. Luckily, the playful siren who rescues him from singing a duet alone in a karaoke bar doesn’t want anything long term. If only he could stop fantasizing about ways to make her moan. Sure, she could’ve mentioned he works for the competition. At least she’s not behind the security concerns that have plagued his company for almost six months.

If she were, he’d be screwed on a whole new level.

Mikki Elford is determined to have the fun she missed out on when she fast-tracked her way through college. But school had its upside, too. She’s qualified to legally hack corporate networks. Best job ever. She also gained an appreciation for the legends in computing — Gates, Jobs, and Tippins. When she meets Jared Tippins and realizes he’s sexy and fluent in programming languages older than she is, no consequence will dissuade her from an impromptu fling. Fortunately, he doesn’t mind that six months ago she compromised his network to land her job.

My day job includes tech writing about encryption and computer security, so when I figured in the first few pages that this was going to remind me of work, I almost put it down like a hot potato.

Fun and fast-paced, Allyson Lindt knows her way around both contemporary romance and the high tech world she's writing about. Her characters are both believable and sympathetic, and the sex scenes are sizzling. The Las Vegas setting is not well utilized, serving more as an it-could-be-anywhere backdrop for the tech convention to be held, and although she tries to add touches of place when the characters walk around town, it fell a little flat if only because I've been to Vegas and the setting didn't feel true.

Luckily, most of the action happens inside the convention center and their hotel rooms, which are interchangeably ubiquitous. Written in alternating he said/she said third person POVs, the character interactions and conversations are well written and spot on, and the sex scenes sizzle. The main conflict is an event that happened six months prior to the start of the story, and the main characters have totally different understandings of the issue. As in, Jared has no idea that Mikki hacked his company's security during an interview for a rival tech company.

The author makes the story accessible to all but adding little touches and inside nods to her techie readers that slip by the average reader (thus, the "insider" nature, I guess.) (i.e. the reference to dreaming in two hundred and fifty six bytes) (which stuck with me because I got it. I'm sure I didn't get all of it, which almost makes me want to go back and read it again.)

Fast paced, I started and finished this book Saturday, and almost clicked back to Amazon to buy the second book in the series so I could keep reading these characters. Alas, feeding the family won out over reading a second book, but I would definitely read more from this author.

Grab the first book in this series on AMAZON.