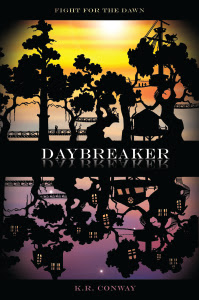 Daybreaker, the final book in K.R. Conway's Urban Fantasy series known as Undertow, is finally out! If you're on Cape Cod this weekend, Kate will be signing books and chatting with fans at the illustrious Titcomb's Bookshop (432 Rte 6A in Sandwich) on Saturday March 10 - but only from 1-2p.m. If you can't make it to the book launch, Titcomb's has extra signed books on hand and would be happy to mail them to you!

If you have yet to read about Eila Walker (you know, the hilarious teen girl who inherits a house with a murderous past along with a snarky crew of supernatural rejects and a killer boy who's determined to keep her alive), have no fear: the link to the first book is here: https://books2read.com/u/m2okW7 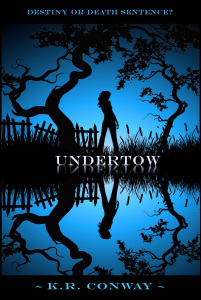 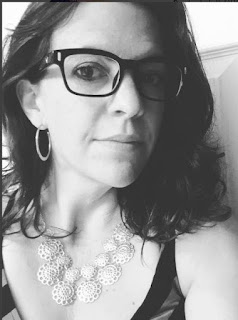 About the Author:
K.R. Conway is a sarcastic bugger who likes to torment Cape Cod's summertime tourists, taunting them about sneaky sharks and traffic-free backroads. She's been a professional journalist since 1999 when several newspaper editors lost their minds and hired her as a feature writer. She is best known, however, for her Urban Fantasy series, Undertow, which reads like a mash-up of Jaws and The Goonies.

The series has spawned fan fiction, fan art, jewelry, clothing, and even tattoos. Conway, who is a member of SCBWI, teaches fiction craft at writer conferences, high schools, and libraries. She lives on Cape Cod with her equally weird family and a strange assortment of critters. When not writing, Conway drives a forty-foot Loser Cruiser that smells like forgotten Pony sneakers from the 80s.

Posted by Katie O'Sullivan at 7:30 AM