Hey there and happy Wednesday to all! It's been a while since my last writing post - between hosting other authors and a crazy day job and my latest WIP, it seems my blogging time has been limited lately.

But not my reading time.

In my never ending quest to become a better writer, I thought I'd revisit some classic Nora Roberts. Who could be better than the Queen of Romance to show me the perfect turn of phrase or character arc. The Washington Post calls her "The most successful novelist on planet Earth." Except I found something else that early Nora was the queen of.

I've been reading so much contemporary, contemporary romance that jumping back just a few decades to the mid-1980s seems so... dated. Granted, she still wrote strong heroines, even then. But she liberally hopped around in the heads of minor characters to reveal plot points or opinions that the reader would have no other (easy) way of gathering. 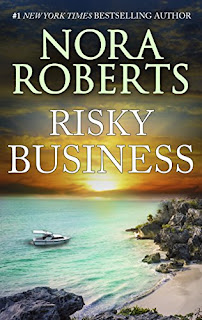 Harlequin Digital has recently re-released a slew of Nora's early works as Kindle books, so the publishing date claims 2017. But when you read the insides, it tells you "originally published in 1986." I was still in college then. Immersed in Shakespeare and T.S.Elliot, Dickens and Hart Crane. As an English major, I didn't have time to read romance when there was so much required reading to digest. And even when I "discovered" the romance genres, I jumped straight to Jennifer Crusie (romance with a little suspense and a side of sass, no head hopping) and Charlaine Harris (paranormal, first person POV).

So I have to ask, when did this expectation from publishers (and readers) change? Are there many older works of romance that jump between POVs and let minor characters get a thought in edgewise? Does that fall into the "omniscient narrator" thing we're warned against in writing classes?

Do you notice it when you're reading? Because authors still do it.

I fully admit, I don't like the head hopping. I recently chastised a fellow YA author in my review of his latest book for including a few instances of jumping into the secondary characters' heads for a sentence or two in order to reveal an important fact to the reader. He followed up with an email to tell me "he didn't have another way to get the information out there." I disagree. It might be harder on the writer to come up with an alternate scenario, or take more words, but that's our job. To create the world we are portraying down to the last detail, so how could anything be "impossible" ??

What's your take? How do you avoid it in your own writing? Do you cringe when you find it in books you're reading, or take it in stride? Have I taken this writing rule too much to heart?

I guess I have more questions than answers when it comes to including multiple POVs in your story, and hoping that someone else can explain it to me.

In the meantime, Happy Writing!