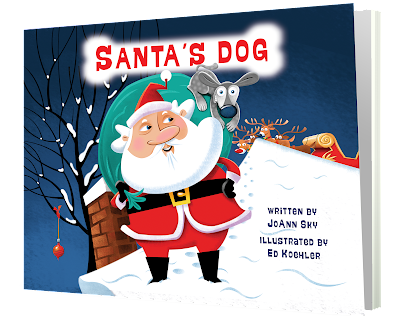 Like dogs? Read books?
Want to help shelter dogs with every purchase?
Here’s a great Christmas gift that does just that!


Sometimes the best gifts choose YOU! Follow the adventures of Santa’s best dog, Lance, when he falls out of the sleigh one Christmas Eve. He’s taken in by the animal shelter and then brought home by a military family who needs some help as Dad is called to serve his country. When Christmas Eve comes ‘round the next year, Lance must decide whether to return to the North Pole with his friend Santa or stay with his new family. If you love dogs, if you have family in the military, or if you believe in Santa, you will be touched by SANTA'S DOG.

And best of all, SANTA’S DOG is based on a true story!

Early in our marriage when my husband was deployed to Iraq during Operation Iraqi Freedom, I didn’t like being at home myself and adopted Sampson, an older mixed-breed dog (part husky, part angel), from a kill-shelter in Las Vegas. Sampson became my best friend and kept me safe.

One day after my husband had returned home from deployment, I brought Sampson to the veterinarian to get his ears checked because he didn't seem to be able to hear me (why else wouldn't a dog come immediately when called, right?) The vet assured me that Sampson was fine and explained that his behavior was typical of northern-breed dogs: they do things on their own time. I went home and told my husband what the vet said, and he declared, "Northern dog? Maybe he's Santa's dog and got lost from the North Pole!" It took me over a decade, but I finally wrote that story…and SANTA’S DOG is the result!

SANTA’S DOG is available on Amazon. But if you order directly from the Dogs & Books website,  https://www.dogsandbooks.com/shop, you’ll get a little freebie with each book purchased—there are specials every month (and free media mail shipping--US/APO addresses only)! 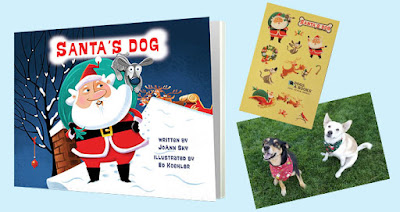