Book Review: MAKING ROOM AT THE INN by Misty Simon 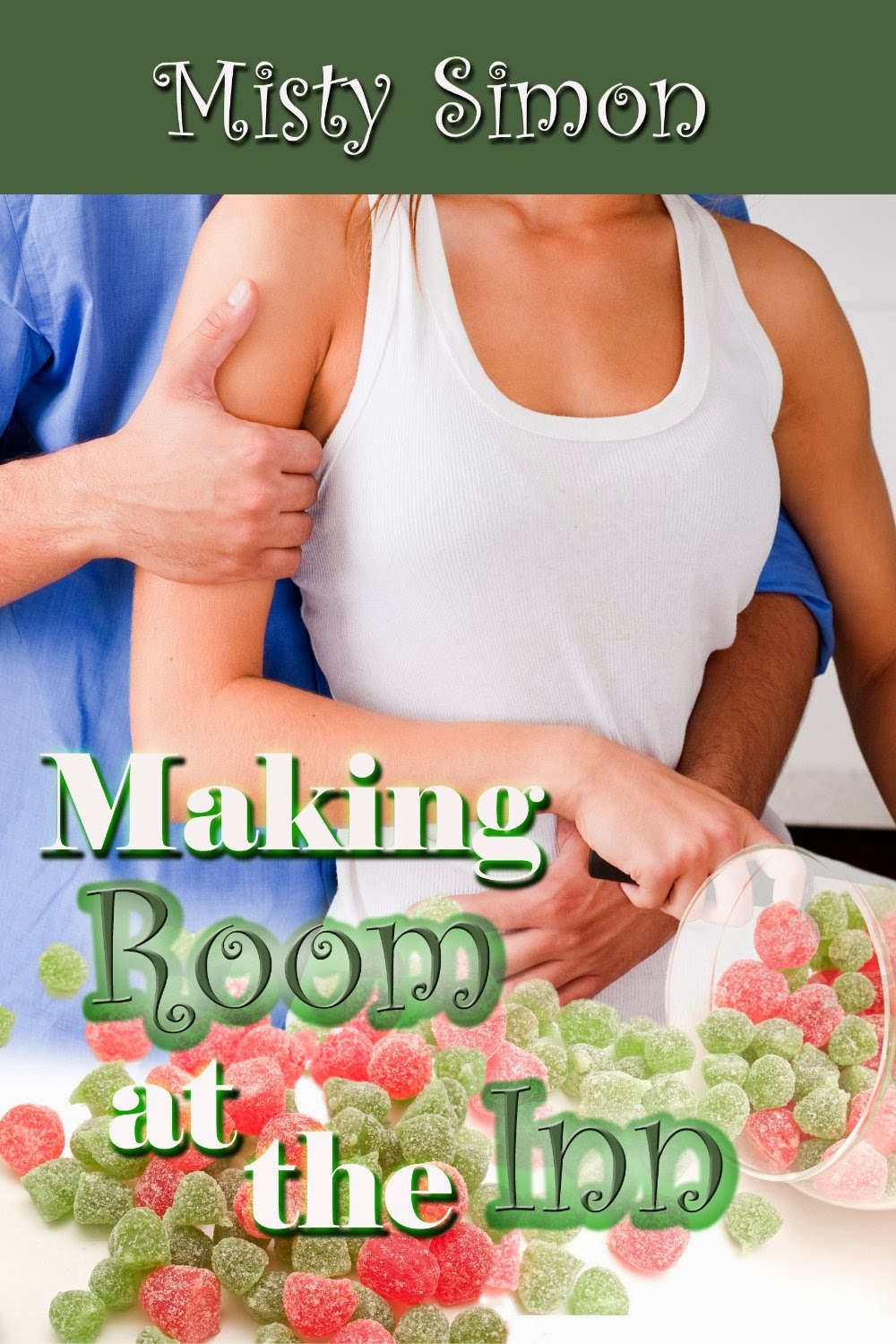 Making Room at the Inn, by Misty Simon
Published November 2013 by The Wild Rose Press


About the Book (from Amazon):

Single mom Chelsea Moore may not have had a happy marriage herself, but she's bound and determined to pull off the wedding of the year for her sister. It should be a piece of cake as long as she can keep her mother from trying to hook her up with every eligible guy in the county.

Jack Barton has no qualms about hosting his sister's best friend for the final week before the wedding, along with said best friend's adorable daughter. But when Chelsea asks him to be a shield against the impending bachelor parade, he doesn't think it through before agreeing. That's when he finds out how little it feels like pretend and how much he wants to make room for these two wonderful females in his life and at his inn.

Chelsea and Jack were childhood friends, but haven't seen each other in years. When her sisters wedding brings Chelsea back to her hometown, she finds that her childhood crush on her best friend's big brother is rekindled, except that now she has a four year old daughter to factor into the equation. Jack has harbor end secret fantasies for his sisters BFF since they were all kids. Now he finally has a chance to act on those feelings... If he can get out of his own way, and get her to see him as more than a big brother.

Misty Simon gives us a sweet romance of love and second chances that will make you smile and root for that happily ever after.

If you're looking for a fun, fast romance, check out this cute story!