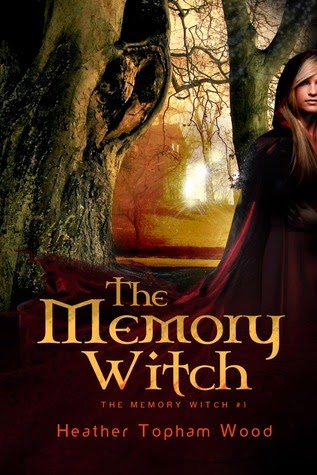 About the Book (from Goodreads):
Ten years ago, Quinn Jacobs’ mother made a bargain with a local witch—steal away Quinn’s memories from the first eight years of her life and in return, Quinn would spend a year in servitude to the witch.

On Quinn’s eighteenth birthday, she’s forced to leave her home and friends behind. For the next year, she’ll live at the Chadwick House, learning everything she needs to know about being a spellcaster. As her powers grow, Quinn begins to unravel the secrets of the past and the reason her mother was so desperate to conceal the horrifying truth

In this New Adult tale of secrets and magic, Heather Topham Wood weaves a story that will both spellbind and repulse, but will certainly keep you reading through to the bitter end.

Something happened to Quinn when she was young. Something so bad that her mother bargained away a year of her daughter’s life to have a witch erase all of the memories.

When the witch arrives to collect on the debt, Quinn is plunged into a world she never knew existed. With the help of the witch's hot nephew Mason, Quinn navigates her way through her internship, and makes a deal with witch Stella to recover those missing memories.

Reader be warned, this story is at times very dark and Quinn's disturbing memories might be better served forgotten for good. The rest of the story was involving, interesting, and well worth the read.

Posted by Katie O'Sullivan at 6:13 AM