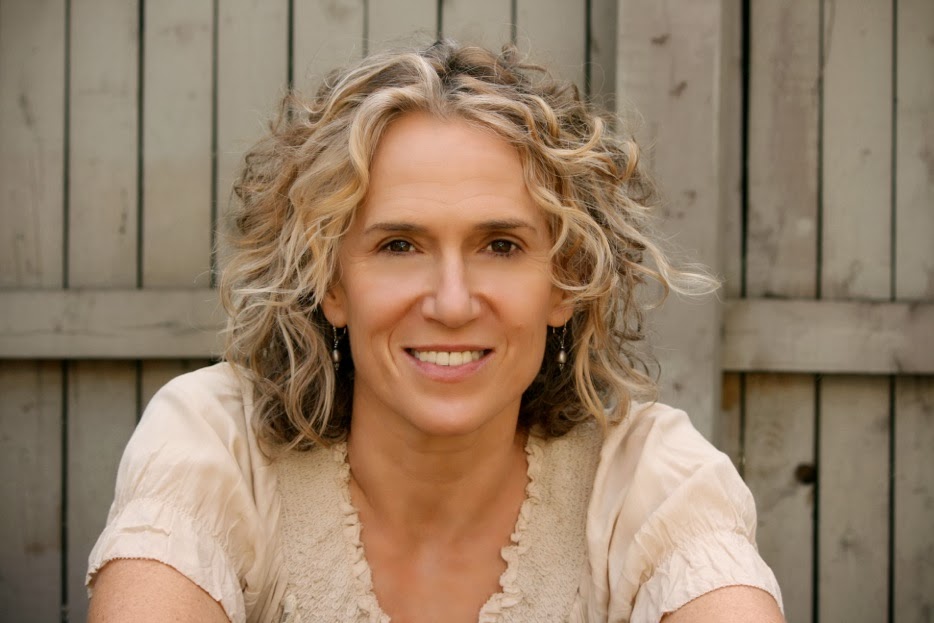 Alice and I met online and found we have a lot of similar interests - especially when it comes to mermaids and sea creatures! I invited her to visit my blog for a chat, to learn more about her writing and the projects she has in the works.
Hi, Alice! Give a brief bio and tell us what kind of books you like to read and write.

When I was really young, I was obsessed with the mermaid on the Chicken of the Sea tuna fish cans. I peeled labels off to save her image. Every night before bedtime I squeezed both legs in to one side of my pajama bottoms and shuffled around the house pretending I was the tuna fish mermaid.
Real mermaid-hood proved elusive, so I became a modern dancer instead. For over twenty years I worked with brilliant choreographers and performed in amazing places. 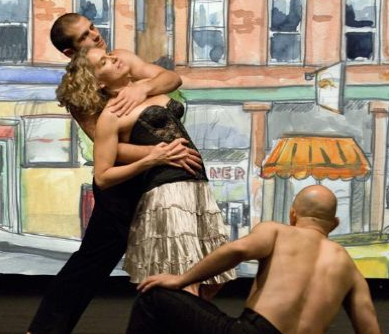 And while I’m still paid to do the occasional pirouette, I’m now also a Parenting Coach/Writer (www.familymattersny.com) helping out moms and dads, and talking to kids also, about their (often annoying) parents.
But honestly? I’m most at home when upside down and underwater. I’ve been swimming my entire life, and surfing for the better part of adulthood. 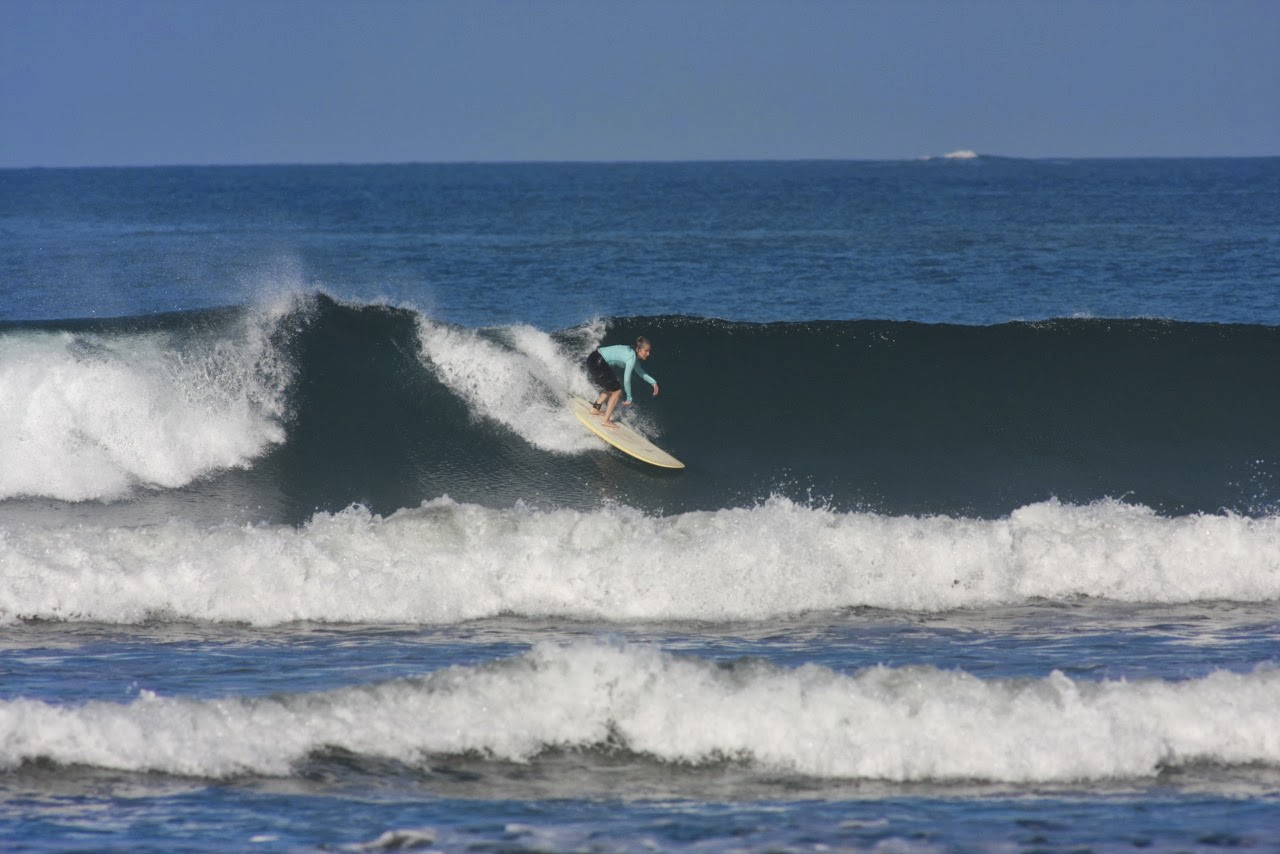 It’s no surprise my two novels are totally ocean-centric. Saving Grace is about a mermaid, and Wavehouse is about a surfer. And I guess they’re both about me, too. Writing about the ocean comes so naturally to me, because I’m really part fish.
I love reading stories with watery themes, books that spin unexpected takes on sea creature myths. Give me a totally original oceanic world and I’m there! Two books I recently read that were super cool and unusual were Waterfell by Amalie Howard and Tides by Betsy Cornwell. I haven’t read Son of a Mermaid yet, but from what I gather, it also has some fantastic sea-worthy twists. It sounds like your main character Shea has a lot in common with my reluctant mermaid heroine Grace. Maybe they will meet up sometime in the fictional merworld…
I’m also a huge fan of authentic YA/NA contemporary and historical fiction. Real life issues with real life characters. Two fantastic recent releases I’ve just consumed come from the new Bloomsbury Spark line: The Secret of Isobel Key by Jen McConnell, and The Art of Falling, by Jenny Kaczorowski. My novel Wavehouse is totally based in reality, though some of the surfing scenes are pure wish fulfillment; the waves at my home break in Montauk, New York are never as consistently good as the one’s I’ve written about in my book!
What's your favorite part of being an author?

I love building worlds, creating something out of nothing but imagination and whimsy. I love diving in to plot lines, changing courses, swimming around in my stories, hanging out with my characters. Not that I have anything in common with Rumplestiltsken, but it’s kind of like spinning gold out of straw.

I love how focused writing makes me.  I was a whirling dervish as a kid, never still for very long. When I was dancing professionally, I was either in rehearsal or performance or dance class. Writing and dancing have a lot in common.They both demand full engagement and commitment. Writing is also like surfing. It’s me and the wave, it’s me and my imagination. What happens when the things merge may as readily end up a disaster as a victory, but the results are almost always interesting.

I start with a germ of an idea, that’s like a tickle in my brain. I often think of character first, and then plot. What might happen to this kind of person (or creature) that would be unusual and engrossing to read about? From there I craft a loose outline. By the end of it all, the outline is usually in shambles. Still, I love to outline. Plotting always set a course for me, even if I end up veering in another direction.

I guess it comes as no surprise that my superpower would be transform at will into a sea creature. I’d have a marvelous long tail, probably teal blue. I’d have the vision of a shark (Did you know that sharks may be more than 10x as sensitive to light as humans?) And I’d hear like a dolphin. I’d love to think that as a sea creature with superpowers I’d be able to do incredible things to save our oceans and all marine life, that I’d be able to reverse the impact of global warming. So I guess I would be a sea creature who saves the planet!

Tell us about your new/latest release!

While I’m waiting for my kid lit novels to be published, I’ve been writing short stories for adults. I’m super excited that my story Tossed is included in a fantastic online Arts and Culture magazine, Across the Margin. (www.acrossthemargin.com/tossed/)
The response to my stories has been overwhelmingly positive, so I’m hopeful there will be more appearing in other magazines and literary reviews soon.
Okay, you’re casting the movie version of your novel – who would you choose for the main characters? We’re talking dream cast.

Gosh, that’s a tough question! For Wavehouse, I’d have to go with Shailene Woodley for Anna, the protagonist. I was blown away by Shailene’s performance in “The Spectacular Now” by her authentic, natural portrayal of a girl who is shy and vulnerable, but also has a steely resolve and strong moral center. My Anna is a super shy, social misfit who also happens to be a world class surfer. It’s a complicated combination, but I think Shailene would do me proud.

Anna’s best friend Myra is a smart, sassy urban transplant living in a beach town among kids so surf-centric they think ‘Current Events’ have something to do with ocean tides. For Myra, I’d go with Jane Levy, the star of the TV’s Suburgatory. She has wisdom, humor, and just the right amount of sophistication. Plus, I love her hair!

For the rest of the cast I would love to find a bunch of unknowns who are not only amazing actors, but also kick-ass surfers. As a former performer myself, I’m all about giving people their big break. Spread the wealth. My ultimate fantasy is that the movie version is so well written and directed, that new talent can really shine. As a result, we all become rich and famous :)

My books aren’t out yet, but readers can go to my website alicekaltman.com and read the first chapters of both Wavehouse and Saving Grace there. If readers like what they read or have any questions, they can click on the contact link and they’ll get a cute little pop-up card on which they can send me a message.
I’m also pretty chatty on Twitter @AliceKaltman
And I have a  Facebook page: https://www.facebook.com/pages/Alice-KaltmanAuthor/605384662855352 (wish I knew how to get rid of all those pesky numbers, but argh! I don’t!)
And tumblr. I love tumblr!
alicekaltman.tumblr.com is filled with all sorts of watery and bookish posts. I’ve got a dedicated page on tumblr where I gush about kid lit book trailers that I really like: alicekaltman.tumblr.com/BookTrailerGushes/ So, if anyone has a suggestion of a great picture book, middle grade, young adult, or new adult book trailer they love, send me the link!

Thanks for visiting, Alice! Best of luck finding homes for your YA books!
Posted by Katie O'Sullivan at 4:00 AM