Friday Feature: Excerpt from THE DARK DREAMER by Heather Topham Wood and GIVEAWAY! 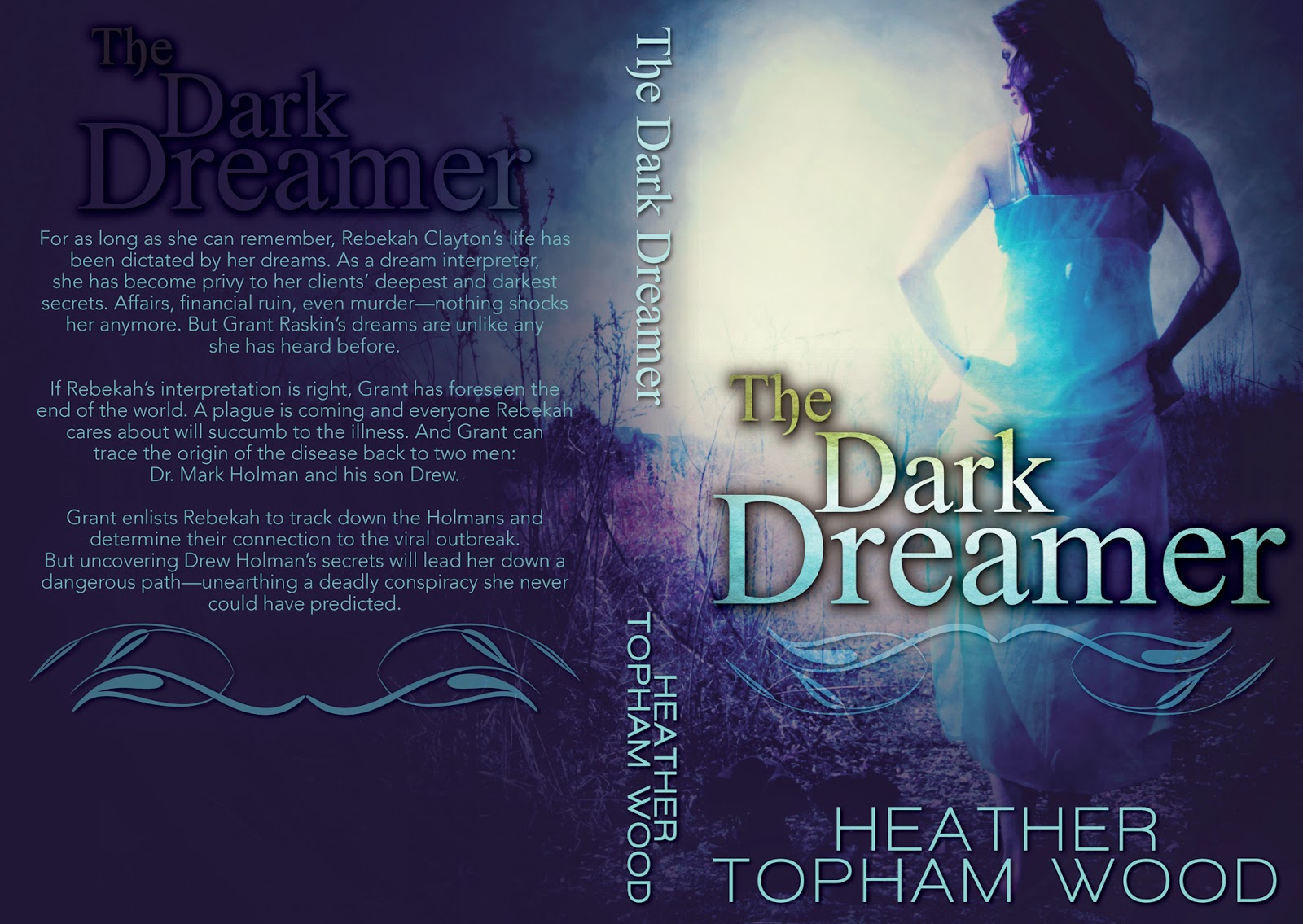 For as long as she can remember, Rebekah Clayton’s life has been dictated by her dreams. As a dream interpreter, she has become privy to her clients’ deepest and darkest secrets. Affairs, financial ruin, even murder—nothing shocks her anymore. But Grant Raskin’s dreams are unlike any she has heard before. If Rebekah’s interpretation is right, Grant has foreseen the end of the world. A plague is coming and everyone Rebekah cares about will succumb to the illness. And Grant can trace the origin of the disease back to two men: Dr. Mark Holman and his son Drew. Grant enlists Rebekah to track down the Holmans and determine their connection to the viral outbreak. But uncovering Drew Holman’s secrets will lead her down a dangerous path—unearthing a deadly conspiracy she never could have predicted. The first book in a two-part series from bestselling romance author Heather Topham Wood.

I was in the middle of a cyclone, in the dead center of the eye of the deadliest storm I'd ever witnessed. The world was a blur as the wind picked up pieces of the earth and flung them in the air around me.
I felt claustrophobic as the tunnel of wind closed in around me, tightening the eye and whipping chunks of earth ever-closer to my face. I couldn’t see out and I imagined no one could see in. The storm trapped me and I doubted it would ever let me go.
“Ezekiel.” The name was a whisper—a soft breath into my ear, but loud enough to make out clearly despite the raging storm.
My body swung to the sound and I stood before a powerfully built man. I took him in in one full look—dark eyes, dark hair and dark stubble surrounding his full lips. He towered over me, hunching down to reach my ears and whisper his secrets. He was the younger man from Grant’s illustration brought to life.
“Is that your name?” The storm faded in importance. The earth trembled below our feet, but my full focus stayed on the man next to me.
He laughed. “No, but Ezekiel has my secrets.”
“The prophet from the Bible? The one who had to teach the world a lesson because of false shepherds?”
He didn’t answer, but instead took a step closer to me. I stared farther up at him and found myself caught in his intense gaze. His eyes were full of too many emotions I recognized from my own life: drowning pain coupled with a desperation to be understood.
Would the root of his evil be borne from his need for understanding? Did I empathize with a man who possibly viewed annihilation as a freedom from unbearable pain?
His fingertips grazed over my lips in a leisurely way. Exploring the dip, circling over the creases. He leaned down and I found myself trapped in place. I couldn’t look away. I couldn’t move. I only could wait for him to kiss me.
Instead, he pressed his forehead against mine and squeezed his eyes shut tightly. I let go of the breath I hadn’t realized I’d been holding in. He inhaled shakily, taking in the breath I released.
The familiar way he held me wasn’t alarming. I felt like I belonged there, as if he and I was one and the same. I didn’t feel fear or revulsion, only the strangest sensation of two magnets being pulled together by forces unseen.
I’d been so enthralled in the moment, captivated by his nearness, I didn’t notice the way his shirt had begun to change color. The burgundy color deepened and the fabric clung to his chest. My hands reached out and touched the spot over his heart. Pulling back, my fingers were dripping with fresh blood.
He looked down at his chest and frowned as if the stream of blood were merely an inconvenience. “It’s happening,” he murmured. Without warning, he began to claw at his chest. Ripping through the blood-drenched cotton, digging his nails into the flesh.
I scrambled away from him—screaming in horror as he ripped himself open. He didn’t flinch as his flesh fell in clumps to the dirt floor in front of him. He just kept at the self-mutilation—tossing aside muscle and tendons as if he were a corpse who felt nothing.
His hand disappeared inside his chest cavity and I wrenched my head away. I dry-heaved and fell onto my hands and knees. The storm intensified once again as if its destruction were somehow equal to the obliteration I just witnessed. I wished for the moment to end, for the storm to finally come and tear me to pieces so I no longer had to stay trapped with the nameless man.
A thud in front of me forced my head up again. A silent gasp escaped my lips as I gaped at the bloody object the man had thrown before me. I tried to process what I was seeing, but my brain couldn’t seem to keep up with what was happening around me. After my shock wore off, I realized beneath the blood and gore wasn’t a heart constructed from human flesh. Beneath the surface stained with crimson slashes was a heart made out of stone.
“You can have this now.” His voice, deep and rich, drew my sight away from the horror and back to his beautiful, unblemished face. Despite his chest being dissected by his own hand, he still was standing and seemingly unaffected. “I won’t be needing it anymore.”      “Who are you?” I asked again, but this time with more urgency. He shook his head in reply and I pounded the ground in frustration. I had to know him. I had to find a man who could display so much raw emotion, but hid a heart of stone. Although the vision receded and I could feel him slipping away, I still refused to accept he would be a mystery I’d never solve. 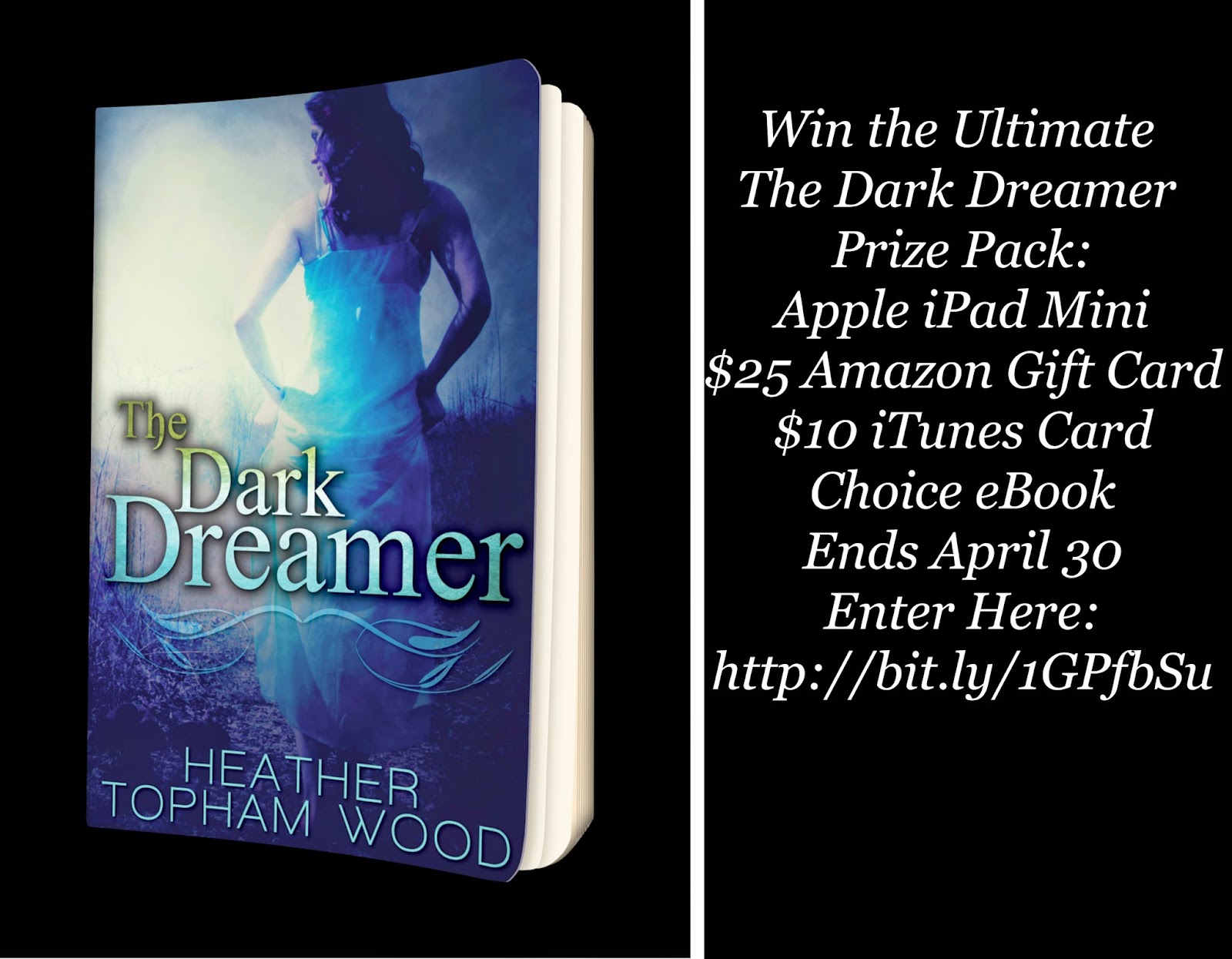