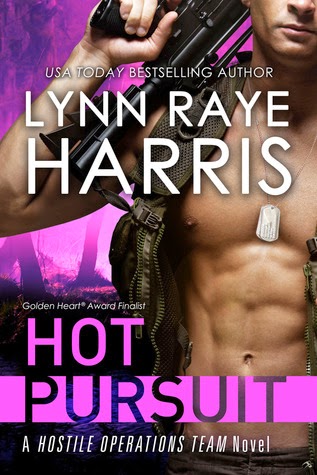 Ten years ago, Matt Girard did something he shouldn’t. When sweet Evangeline Baker offered him her virginity, he took it. Then he left town and he’s never looked back.

Until now. His future as a black ops soldier with the Hostile Operations Team is in jeopardy, and he’s come home for a few days before going back to face the consequences of a mission gone wrong.

Matt still makes Evie’s heart pound, but she wants nothing to do with him. She’s had enough of men who lie and promise things they don’t deliver. But when her sister goes missing and her ex-boyfriend turns up dead, she’s in need of Matt’s special military skills.

With time running out, Matt will put everything on the line to protect Evie and find her sister. Even if it means sacrificing all he’s worked for with HOT. Sometimes, the reward is worth the price. Especially when it’s the one woman he can’t forget…

Sexy, vulnerable, sarcastic and oh so hot, Matt Girard had me swooning from the first chapter. While the book's title may seem a little contrived, even slightly cheesy, the special forces unit itself is hardcore serious. The opening scene leaves no doubt that Matt and his team are deadly serious about saving lives and kicking ass.

Back in his home town while awaiting a disciplinary trial on a mission gone wrong, he runs into a childhood friend. She's also back home in limbo, having lost her restaurant when employees embezzled all the money from her business and left her holding the bag. Turns out those employees also had ties to organized crime, and they need something they left behind. Fortunately Matt has tons of covert op experience dealing with deadly scumbags, and steps in to save the day.

The scenes between the main characters sizzle off the page, and the action is all well written and totally believable, if slightly over the top. The bayou setting immerses you completely in Low Country sights and feels. I totally enjoyed every minute of this book and would recommend this series and author.

This story is the first in a series, the next novels following the other guys on Matt's team as they also find love. In this first book we get introduced to some of his team as they help him get to the bottom of the intrigue, and I'm looking forward to reading their tales now too. 4.5 out of 5