Friday Feature: Excerpt from MY KIND OF CRAZY 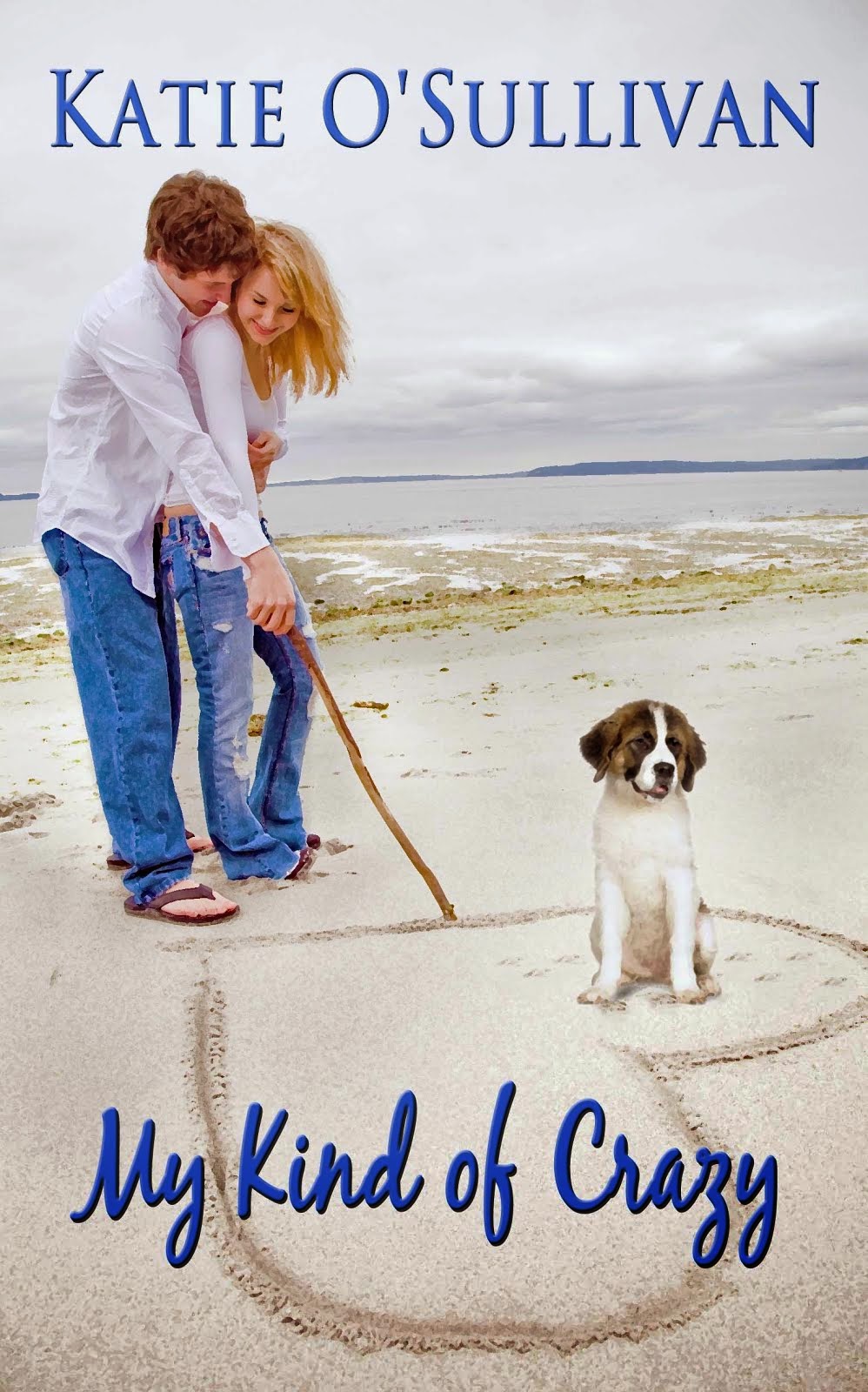 I've been working on my Young Adult books a lot lately, and thinking about young love and first kisses. But a first kiss between two adults is still that - a First Kiss. Still a magical thing. Thought it might be a nice way to kick off the long Memorial Day weekend to share my favorite first kiss scene, from my 2014 beach romance, My Kind of Crazy....


He reached out and gently wrapped his fingers around her arm, not letting her leave the front hall. “Kendall?”

Again with the major electrical sparks zinging through her! She was afraid to look him in the eye, afraid he’d be able to see it in her face, the devastating effect he had on her. They stood so close she felt the heat from his body radiating, warming the small space between them. His touch was fire on her bare skin. She finally raised her gaze to meet his eyes, luminous and deep. She felt like she might fall into those green pools and drown.

Breathe in, breathe out. She searched for words to answer the unasked questions in his eyes but none came to her.

“Kendall.” He whispered her name again as if it were the answer to some puzzle he was trying to solve.

Thoughts whirled through her head at lightning speed. Nothing about this made any kind of sense— especially not her attraction to a complete stranger. But there was no denying the electricity that ran through her body from his simplest touch.

“I’m not looking for a relationship right now.” Her low whisper matched his.

“What are you looking for?” He moved closer, his lips brushing her mouth, tasting of beer and salted peanuts. His warmth pulsed through her in shock waves, her traitorous body responding all too eagerly. He tasted so good, the salt sizzling on her tongue. The kiss shifted from soft and gentle to solid and deep. Arms slid around her, pulling her close, but she was too wrapped up in the kiss to protest. Why complain? He felt so good, the hard muscles of his arms and planed chest underneath that thin dress shirt, and another hardness evident, despite his proper dress pants.

Suddenly Kendall remembered that this was the same man who was fooling around with the married cougar of a librarian. She wanted to be outraged for the unwitting spouse, but all she could think was, Lucky librarian.

She wrapped her arms around his neck and shoulders. Vaguely she registered the wall behind her, pressing hard against her back. His clever tongue tangled with her own, sending fresh waves of desire rippling through her.

Even as her body screamed Yes! she slid her hand between them, firmly pushing him backward and breaking the connection. “I can’t do this. I don’t want to get hurt again.” Her eyes searched his before she turned her head to look away. If she looked into those eyes for one more second she would forget all about saying no and let her body do whatever it wanted.

Buy it now on AMAZON
Posted by Katie O'Sullivan at 5:00 AM