Giving Birth to a Magazine 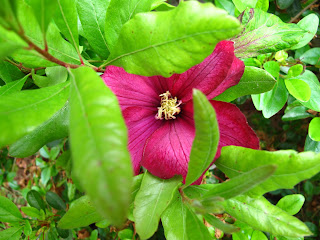 Cape Cod Weather Today: It's supposed to rain all day, but I woke up to sunshine. The clouds are creeping in as I type... but the landscapers are out in full force....

When my friend and neighbor Nicola Burnell asked me to join her in relaunching CapeWomenOnline magazine, I admit to some hesitation. I mean, a big part of me wanted to see my name on the masthead, and be more than a contributor. I wanted to be editor.

But...It's not always a good idea to work for a friend. So I hesitated.

Then I said yes.

The last two months have been a roller coaster of emotions as we try to get this magazine live. Nicola has referred to it several times as a birthing process. Where she almost died giving birth to her second son, it seemed a risky metaphor to use. But perhaps apt.

I have no regrets in choosing to work with Nicola. Things are going well, and we seem to be on the same page (LOL) most of the time. We're able to respectfully disagree and come to acceptable alternatives, and when we can't do that I defer to her judgement. It does say "publisher" after her name on the masthead. She gets final say.

What I didn't plan for was how much time each little thing would take. I have renewed respect for people who work in the mainstream online media. Having spent hours upon hours clicking each link and reading through each article every time things get reformatted...my eyes are tired. I think we've done a kick-a** job of reworking the former magazine into one that will appeal to a broader spectrum and have a positive impact on those who read it. But I didn't realize I was signing up for so much time and effort. Whew!

*Hopefully* the magazine will be going live by the end of this week. Is that tomorrow already? Uh oh. Keep your fingers crossed. I'll post a link here and on my FaceBook page as soon as we've got it up, and I urge everyone to go check it out.

Where do we go next? Hopefully (again with the hope!) the fall issue will be easier to produce, as all the templates will be in place. We've already started receiving calls and emails with ideas for the next issue, so we will need to have an editorial meeting soon to make decisions. But first we need to get this baby out the door!

Keep your fingers crossed.
Posted by Katie O'Sullivan at 8:03 AM