Puppy Goes to the Lake 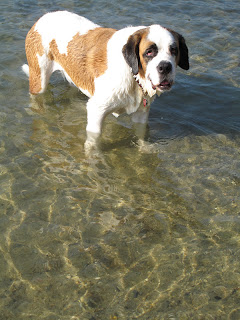 My mother-in-law has a house on a fresh-water pond in Chatham. It's really more of a lake-size body of water, which the kids and dogs love to play in. Even when they've just recently been to the doggie spa and shouldn't be playing in the lake.

But it's been such a hot summer. I can't say no to that Puppy face. 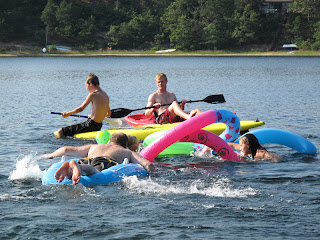 The kids were having a blast, getting out every water toy and flotation device they could drag down from the garage. It was too hot for the dogs to participate. They just watched. Puppy's older cousin didn't even swim much. Otis just sat on the beach, despite the fact that he must have been REALLY hot with all that fur! 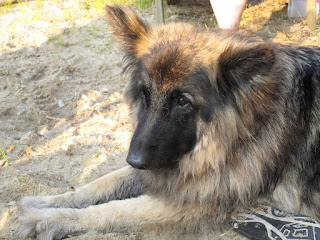 Puppy stayed in the water most of the afternoon. By the end she was exhausted... and happy. And, I hate to admit, a bit smelly. So much for the Doggie Spa. But you can't beat a happy Puppy. 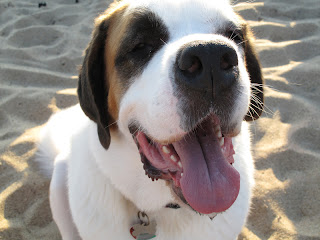 Posted by Katie O'Sullivan at 7:50 AM