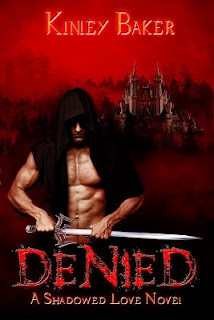 As you may know, I've recently signed a contract with Crescent Moon Press for my YA novel, SON OF A MERMAID. What you may not know is that the authors of Crescent Moon are a warm, welcoming and supportive bunch of writers. I'm so happy to be part of the family!

One of my fellow CMP authors is celebrating a release today! (cue the confetti and champagne!) DENIED is the second book in Kinley Baker's Shadowed Love series (the first was titled RUINED) I haven't had a chance to read either book yet (time to charge up the nook for the beach!) but DENIED sounds really interesting... here's the blurb:

When invaders brutally massacred the women and children of the Varner, Caleb witnessed loss and destruction on a scale few can comprehend. As the leader of a race on the brink of extinction, his only hope for survival is gaining acceptance into the Shadow Shifter Kingdom. Struggling with new customs, he meets Tabitha, a woman who challenges his limits.

Refused the right to join the king’s guard because of her gender, Tabitha must be stronger than the men to prove she deserves to be the first accepted female Warrior in the kingdom. She believes Caleb will help improve her abilities, until she learns her goals conflict with the foundation of his culture.

When the realm is attacked, Tabitha and Caleb must come together not only to fight, but to find the strength to win against an evil with the potential to destroy everything they revere most--including each other.

Kinley Baker is the author of the fantasy romance novels, Ruined and Denied. She read her first romance at the age of thirteen and immediately fell in love with the hero and the genre. She lives with her husband and her dog, Joker, in the Pacific Northwest. As a firm supporter of all supernatural lifestyles, she writes fantasy romance, paranormal romance, and urban fantasy. You can find Kinley at www.kinleybaker.com. 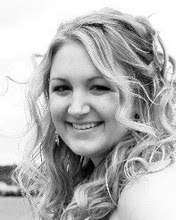 Big Congrats to Kinley today! Leave that confetti in your hair, and open some more champagne! Celebrate every milestone!

And here are the rest of Kinley's links. Stalk Find her online at: