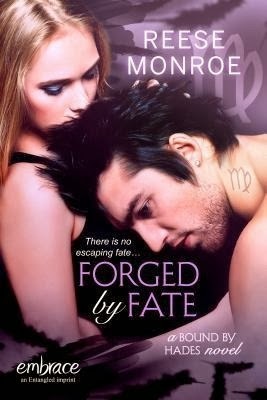 Being the Gatekeeper to Hades is no small feat, and waiting almost a millennia to meet your mate is damn near impossible. But Theo Bradford’s mark has finally surfaced on his intended. Now all he has to do is find her and convince her to embrace her supernatural heritage.

Young genius, Sadie Nowland, has got life figured out. Graduating college at the age of eighteen and accepting a six-figure job is just what she needs to prove she’s made something of herself. But when a strange tattoo mysteriously appears on her shoulder and Theo starts talking about Mates, it catapults her neatly laid out life into chaos.

Somehow a vicious demon banished to Hades defies Theo’s vanquish and returns, setting his target on Sadie, and she is thrust into the volatile world of Shomrei warriors and a connection to Theo her brain can’t comprehend and her body can’t deny. That primal bond proves more imperative to their survival than either could have ever imagined—and just may be the key to the world’s survival.