I'm trying out a new feature on this blog - featuring 3 Books from my new publisher, The Wild Rose Press, and a Rafflecopter Giveaway with a chance to win a Gift Card to spend on...books of course!

This week I'm featuring sizzling hot historical fiction, set in England! The first two are by Christine Elaine Black, the third by Barbara Bettis. All three sound like great reads! 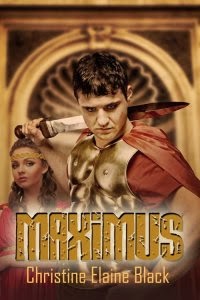 Carissa Valeria distrusts the handsome soldier who rescues her reckless son from plunging to an early death. Recalling the man's heartless treatment of her from years ago, she itches to even the score, but her son hails the rescuer as a hero. When he becomes her neighbor, her son's friendship with the soldier threatens to uncover old secrets and place her family and her heart in danger.

Exiled to the countryside by the Roman emperor, Maximus Octavius is confounded by the brittle countenance of the woman he's willing to befriend. She's afraid, and he's determined to find out why. But helping Carissa and her son means confronting the guilt of his long-forgotten past and stirring the silenced passion in his heart.

Can Maximus win Carissa before fear and revenge tear them apart forever? 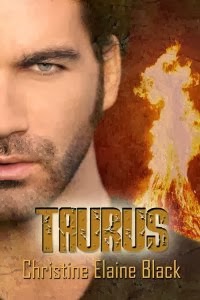 Rebellious and strong-willed Kalliassa flees a political betrothal arranged by her brother, the emperor of Rome. She runs to the one man capable of preventing the match -- her brother's sworn enemy. Unwittingly, she throws her fortunes into the hands of a man pledged to destroy Roman rule.

Taurus, proud Governor of Panua, would do anything to provoke the emperor, even ruin an imperial sister. But Kallie is like no woman he's ever met, and she tests his strength of will and his solemn vow to end the reign of her family forever. 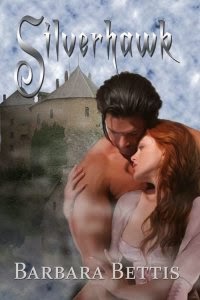 To avenge his mother's honor, Sir Giles of Cambrai has come to England to kill his father. First, however, he'll take sweet revenge by kidnapping his sire's new betrothed. But when Giles uncovers a plot against King Richard, he faces a dilemma: take the lady or track the traitors. What's a good mercenary to do? Both, of course.

Abandoned in a convent by her brother, Lady Emelin finally has the chance for home and family. Yet now she's been abducted. Her kidnapper may be the image of her dream knight, but she won't allow him to spoil this betrothal. Her only solution: escape.

Rescuing the intrepid lady--while hunting the traitors--is a challenge Giles couldn't anticipate. But the greatest challenge to both Giles and Emelin is the fire blazing between them. For he's everything a proper lady should never want, and she's everything a bastard mercenary can never have.

And don't forget to enter the Rafflecopter!! Winning the giftcard would make any of these books free reads. Good luck and Happy Reading!