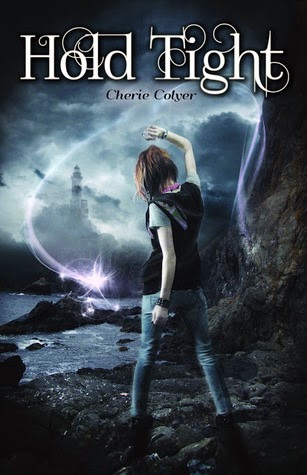 When you’re new to magic, one spell can be the difference between getting what you want...and ruining the lives of everyone you love.

Sixteen-year-old Madison has just embraced her magical powers. The trick now is learning how to control them. She and her boyfriend -and fellow witch- can’t even enjoy a simple kiss without getting shocked when their powers collide. Instead of mastering her new skills, though, Madison is stuck watching her kid brother and doing chores.

But being a witch does have its benefits. With a simple spell, Madison instantly conjures the help she needs around the house. Or so she thinks. Her idea of “help” invites trouble of its own as a pair of dangerous yet enticing beings enter her life. When a classmate disappears soon afterwards, Madison discovers she's the next victim of a threat she's powerless to resist...and there’s nothing it won’t kill to make her surrender.

Caught in the crossfire between two dashing but deadly creatures, Madison must figure out which one to trust and how to rid her world of the other—before one of them destroys her and everyone she cares about.

I sooo loved the first book in this series... and while I was excited to read the second book, I worried it might not live up to the first. You know how that goes. Sophomore slump and all. But luckily, I had nothing to fear.

HOLD TIGHT does not disappoint. Cherie Colyer does a wonderful job in Book 2 of this series, introducing new characters and keeping both the action and tension running full steam ahead. I love this author's writing style, and her exclusive use of Madison's first person POV. Book 2 stays YA while ratcheting up the stakes in her life and the lives of those she cares for.

The book begins about a month after the end of the first book, EMBRACE. Madison has fully accepted her witchy powers, but still has problems kissing her boyfriend, Isaac. Like a "built-in parental control," their liplocks always end with powers colliding and electric shocks (not the good kind, either.)

The catalyst for this next adventure is Madison's curiosity, when she attempts to use a summoning spell to get a fairy to help with her housework and chores. Big mistake. The fae don't give favors for free, especially when one of the fairies you summon has a gripe with the boy you love.

Now Madison has to figure out how to send the Fae Prince of the Winter Court back to his world before he and Isaac battle over her. Throw in a crossroad demon and a Fae Princess of the Summer Court and Madison has enough trouble to keep her busy for the rest of junior year.

It comes to a head when her brother Chase in injured and only magic can save him...but choosing which magic will change Madison's life forever.

If you haven't read the first book in this series, I would recommend reading that first. And then grab this one in quick succession. The author is still at work on Book 3 - and I'm totally looking forward to reading and reviewing that one as well!

Cherie believes there’s a little magic in everyone. She also believes in following her dreams and never giving up. Her books are proof of that. Besides writing, Cherie enjoys spending time with family and friends, reading, the great outdoors, and she loves a challenge. While she has had many great experiences, what she finds most satisfying is seeing her children and stories grow into their own exciting and distinct entities.

Cherie lives in Illinois with her family.