It's Wednesday - time for a guest blogger to visit me! (It's a good thing too, since my computer has been acting temperamental lately...)

Now, I know the weather isn't quite as cold as it was when I dreamed up this heat-fest, but let me tell you, Cindy's writing is the Hottest. I first "met" Cindy when her novel ALL THE GOOD MEN was published last year by Moongypsy Press. You can find Cindy on the web at CindyJacks.com - - make sure you check out her steamy covers for Ellora's Cave publishers!

Without further babbling by me, I give you 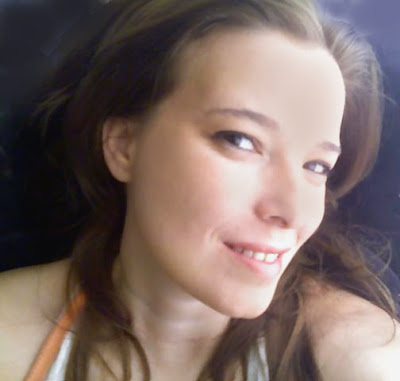 Food plays a huge role in our lives. It can be comforting, sensual, or just plain nourishing. Meals make up a big part of our lives, help with family bonding and help celebrate important events. And there's no denying food's effect on our health and mental well-being, too. That's why, as an author, I think it's important to describe my characters' eating habits. Also, can they cook? And if so, do they like to or do they prefer to eat out? These details can show a reader much about who the character is.

In my book, All the Good Men, food plays a big part of the manuscript. The heroine, Dahlia, goes on several blind dates to various restaurants which helped me differentiate the personalities of the various suitors. Not to mention there is also pie-flinging scene and scene in which the hero, Jackson Carmichael, is almost killed by a Caesar salad. Yes, that's right, lol, I said killed by a Caesar salad. My latest release with Ellora’s Cave, Love Game, features a seduction scene that centers around a box of chocolates and I’ve been told by one reviewer that she’ll never see buttercream frosting the same way again after reading my Quickie titled Leap.

With so much emotion capable with the manipulation of food, it's no wonder that many books and movies use it as an expression of love—as in Amy Tan's book The Joy Luck Club, to the ultimate slap in the, uh...face, as in the film The Cook, the Thief, His Wife, and Her Lover. Cuisine served as the heroine's only means of self-expression and the source of elemental magic in Laura Equivel's Like Water for Chocolate. In Fried Green Tomatoes, the movie's title recipe was hardly the most memorable darkly comic dish. Even the phrase I appropriated for the title of this blog entry, “Food, glorious, food,” came from the musical Oliver! There's no doubt in this author's mind as to the powerful cultural statement that can be made by exploring the eating habits of one's characters.

In honor of the fictional pie that gave its life to punctuate my character's frustration, I've included my grandmother's pecan pie recipe. Maw Maw Wiggins made the best pecan pie I've ever tasted—no way in heck I'd ever fling this pie at anyone, no matter how angry. Her secret to its gooey richness? Dark corn syrup and bourbon.

Combine flour and salt. Cut butter into 1/2 cubes, toss into flour. Take out your pastry cutter and throw it away. It is an evil, evil device that will overwork your pastry. For an exceptionally flaky crust you gotta get your hands in there. Using your hands, quickly pinch the butter cubes into pieces about the size and thickness of dimes and nickels. Stir in cold water with fork until incorporated, then give the dough 2 or 3 more quick stirs. Wrap dough in plastic wrap and allow to rest in fridge while you prepare the filling.

Preheat oven to 425 degrees. Whisk together all ingredients except pecans. Pour into pie shell. Sprinkle with pecans. Place pie on a baking sheet and put into oven. Bake 15 minutes. Turn down heat to 350 degrees and bake for another 45 minutes to 1 hour, until pie is soft set. If crust and/or nuts start to brown to much, cover with aluminum foil until the end of baking time. Cool pie completely before serving.