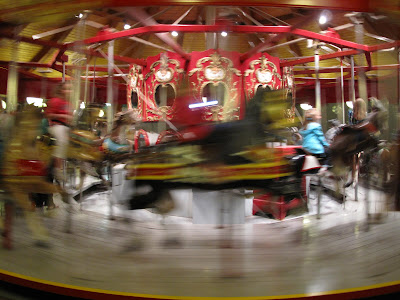 Okay, I'm smack dab in the midst of the query process. Again. Trying to be philosophical about it all and believe the rejection letters that say, "it's not you, it's me." It's a lot like dating, I guess. Everyone is looking for that special someone who has that something that completes them. Or, at least, completes their list.

Do you use the Query Tracker website? It's a great site and a great tool. I have to admit I'm more of a lurker there myself. I did sign up, so I can access the whole 9 yards of information available, but I have yet to comment. I love their blog, and in the past have rushed to query every new agent they mentioned, whether they were totally appropriate or not.

I'm trying very hard to use restraint this time. Do all the background research possible and then some. Read the comments that others have posted about the agents I'm considering. Yes, that's right - the simple fact is that we as writers should be considering those agents just as much as they are considering us.

If I send queries to every Tom, Dick, Jane, and Harry, I may have some awkward dating moments. Or a whole lotta rejection letters piling into in my inbox. I want to make sure they are the right match for me and my book before I go extending them an invitation to read my work.

So that takes time. And research. My husband thinks it's a numbers game. Send out enough letters and you'll get a certain percentage of interest in your work. I tried that approach, and I'm not sure it's worth the price of rejection. Because if an agent isn't interested in your genre, they aren't going to be suddenly won over by your query. Even if they are a YA agent, there are so many permutations and forms that YA can take...

It's easy enough to research online and see what an agent likes or doesn't like. It just takes time.

There's another great website called The Write Attitude which has a ton of inspirational quotes from great writers - all saying the same thing. Don't give up. Keep writing. Keep working on your craft. All published authors have one thing in common: they didn't give up.

Okay, so - stepping off my soapbox - I had previously posted my query for comments, and received a few great suggestions. Everyone's favorite seemed to be Mooderino's - until another bloggy friend posted that you should never - ever - open a query with a question. She cited Nathan Bransford on that and I went to read his many blog postings on the subject of queries. Oh boy. So much to consider.

But onward and upward. I liked Moody's suggestion, but I've tweaked it a bit to get rid of the question. I'm till not sure it's quite "there" yet, but I'm willing to send it out and try. The new (improved?) query reads:


No one suspects a farmboy from Oklahoma has mermaid blood coursing through his veins, least of all fifteen-year-old Shea Maguire. He doesn’t remember the mom who abandoned him, and doesn’t believe in mermaids. But while he enjoys life with his dad on the farm, he feels out-of-step with the other freshmen at Plainville High School… like there’s something more out there.

After a deadly tornado flattens his home, Shea moves to Cape Cod and meets a mysterious girl who promises to help him find the truth. He finds it hard to believe his strange birthmark means he’s the one who’s supposed to save the undersea kingdoms from war, especially since he doesn’t know how to swim.

MERMAID BLOOD is a 64,000-word YA novel. My previous writing experience includes two small-press romantic suspense novels for adults and membership in RWA, as well as reporting for local newspapers. I have a BA in English literature from Colgate University, and live on Cape Cod year round with my husband, children, and big stubborn dogs. I currently work as the Editor for CapeWomenOnline.com magazine, an online magazine featuring the creative artists, writers and businesswomen who live and work on the Cape.

I’ve included the first fifteen pages in the body of this email, as suggested in your submission guidelines. A full manuscript is available upon request. Thanks so much for your time and consideration. I look forward to hearing from you soon.

After Helen's comment, I revised the query to include the closing paragraphs - I'm not sure what the third one she mentions is supposed to be? Can anyone help me out? And where I say "Inlcuded the first 15 pages as per..." that's from the last query I sent out, and those were the specific guidelines that were listed for that specific agent. Obviously, I'd tailor that to the submission requirements of each agent...

Okay, questions? comments? suggestions? Where are you on the Query-Go-Round?

Posted by Katie O'Sullivan at 5:13 AM