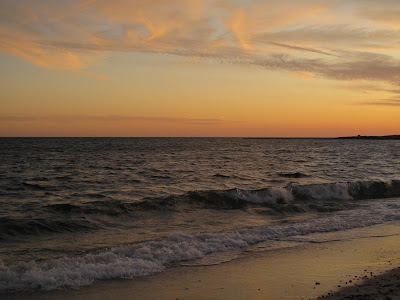 I took a deep breath, and jumped back on to the Query-Go-Round this morning with my YA project. I'm taking another deep breath, and posting my query here on the blog for input from you, my fellow writers and readers. Be honest, but please be kind.

This project has been bubbling through my system for a few years now... in my last round of queries, I received requests for several partials and two fulls... but no one took the leap with me.

I've taken all the input I received to heart, and revised-revised-revised... and I'm in love with my story again. Here goes the pitch for my 64,000-word YA, Mermaid Blood:

At fifteen, Shea Maguire feels out of step with the other freshmen at Plainville High School. While he enjoys his life on the farm, he’s always felt different, like there’s something more out there. No one suspects a farmboy from Oklahoma has mermaid blood coursing through his veins, least of all Shea.

After a deadly tornado flattens his home, Shea moves to Cape Cod and meets a mysterious girl who promises to help him find the truth. Could his strange birthmark really mean he’s the one who’s supposed to save the undersea kingdoms from war, when he doesn’t even know how to swim?

What do you think?

And where are you in the Query-Go-Round? Getting ready to take the ride, or already spinning?
Posted by Katie O'Sullivan at 7:31 AM