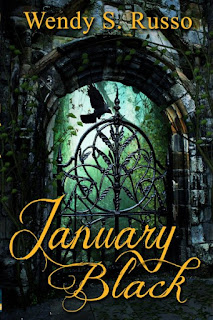 Blurb:
Sixteen-year-old genius Matty Ducayn has never fit in on The Hill, an ordered place seriously lacking a sense of humor. After his school’s headmaster expels him for a small act of mischief, Matty’s future looks grim until King Hadrian comes to his rescue with a challenge: answer a question for a master’s diploma.

It’s a ship. Everyone knows that. Hadrian rejects that answer, though, and Matty becomes compelled by curiosity and pride to solve the puzzle. When his search for an answer turns up long-buried state secrets, Matty’s journey becomes a collision course with a deadly royal decree. He's been set up to fail, which forces him to choose. Run for his life with the challenge lost...or call the king’s bluff.

(Okay, first of all I have to say up front that I had a hard time getting into this book. The first chapter threw me for a bit of a loop as I was expecting YA and chapter one is more New Adult, with 18-year-olds in bed together. But then the story steps back two years and really starts. And, okay, the second chapter kept me confused and feeling like I’d missed something, and I thought it was me not understanding all the techie stuff… but then it got better. And then it got way better. So really, keep reading. You don’t want to miss this book.)

The Review:
Matty is a sixteen-year-old genius who is somewhat of a contradiction. He thinks in numbers and understands the complex new technology that is a given on this world, but also loves the smell of old books and appreciates the beauty of “old world” items. He bristles at the rules imposed by his strict class-based society and questions all authority, but also has trouble relating to others. Until he meets Iris.

Iris is also sixteen and also full of contradictions. While she works as a gardener on The Hill, where the ruling class and King reside, she wasn’t born into the working class. Her father (now deceased) was a blind tech genius who helped invent much of the people-tracking technology still used in their world. She doesn’t know quite what to think when one of the Regents starts paying attention to her, and then the King himself intercedes to help set up their first date. And then she finds out this boy who seems to be friends with the King is also her boss’s son. A strong personality in her own right, none of this seems to faze Iris too much until Matty gets closer to answering the question posed by the King.

King Hadrian has given Matty a quest of sorts, to answer a single question in order to receive a Master’s diploma. Although it seems simple on the outside, the question is itself something of a riddle that has Matty delving into the very origins of his society and discovering the true meaning of Liberty that seems to have gotten lost somewhere along the way.

I enjoyed this story and its perspective on a society losing its ultimate ideals and values in pursuit of peace and safety. So much of the story line is timely for our current, post-911 society. How much of our personal liberties are we willing to sacrifice, and once sacrificed can we ever regain them? What is each of us willing to risk or sacrifice in order to make our world a better place?

To buy this ebook on Amazon: http://www.amazon.com/January-Black-ebook/dp/B00B0I176M