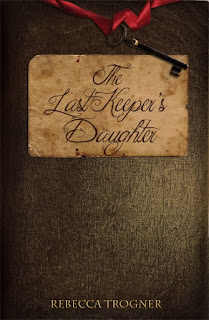 Born into old money, Lily Ayres lives at Waverly, her family’s estate situated at the foot of the Blue Ridge Mountains in Paris, Virginia.  She is a strange, small, almost mute, young woman who has no idea that her father has given her to the Vampire King Krieger.  Walter Ayres is the King’s Keeper and part of a secret society of historians who unearth, preserve, and attempt to understand relics of long forgotten civilizations.

Lily has never felt comfortable in the human world, but after she suspiciously falls down a flight of stone steps, and is healed and claimed by Krieger, she realizes there is another world.  In this Other Realm she feels a sense of belonging, and begins to untwine the mysterious event which left her mentally and psychologically damaged.

When Walter disappears in England, Lily works with human and supernatural beings to uncover his whereabouts.  With each new discovery, she is pulled deeper into the vortex of magic, intrigue, and dark desires that permeates the supernatural world.  The revelations revealed unfold a story of deception and betrayal that threaten to tear the thin veil between the supernatural and human world asunder.

Rebecca Trogner lives in the Shenandoah Valley region of Virginia, and frequently crosses the Blue Ridge Mountains that were the inspiration for Krieger’s home. She always dreamed of being a writer, but got sidetracked by the day-to-day adventures of life. With the encouragement of her family, she has finished her first novel and is currently writing the next book in The Last Keeper’s Daughter series. Rebecca lives with her husband and son, and a rescue dog named Giblet. To find out more about the author visit www.rebeccatrogner.com