My guest today is Pat Lee, whose latest novel is DESTINY'S PRESENT, published by Crescent Moon Press and available now in paperback and ebook. 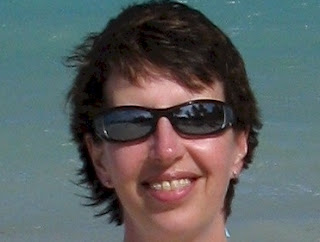 Welcome, Pat! Give a brief bio and tell us what kind of books you like to read and write.

Although still in pursuit of a place truly called home, I’m currently living in Ontario, Canada with my husband and three cats, all of which claim rule over the house at one point or another.


When my nose isn’t pressed to the laptop monitor, you can find me at the public library. Besides dreaming up the next novel, I also enjoys traveling, baking, camping, wine, and of course reading – not necessarily in that order.


I like to read a variety of genres – contemporary, thriller/suspense, romance (and most of the sub-genres), fantasy, non-fiction and some science fiction.


Currently I’m writing fantasy with some romantic elements and once I’ve finished the third book in my trilogy I’ll have to see if I plan on continuing with that. But I’ve also written literary short stories and plays, one of which was staged at a regional theatrical festival in 2006.

Ohhh, good question. I’d have to say the actual writing. Letting the words flow. Sometimes they pop into my head faster than my fingers can type, hence the reason I’d never be able to write longhand. I’m happiest when I’m so immersed into my writing that I barely take time to eat.

Definitely a plotter. First I get an idea for a book, let it rattle around in my head for a bit and see if it’s viable. Then I write a short outline in point form, listing key things that need to happen (usually around a dozen) and then I start.

If you weren’t a writer, what would you be?


A professional book trailer producer!! I’ve recently found out how much I love doing this and I believe the music is just as important as what the message of book is. It’s a fantastic creative outlet that I find very rewarding once it’s done and I’m tenacious enough to tweak it until it’s perfect.

Here's the trailer for Destiny's Present...

Tell us more about your latest release, DESTINY’S PRESENT 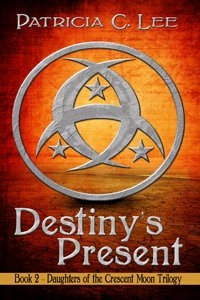 Sure! The sorceress Narena has done many things for Leisos - advised the king, helped heal a young girl and sent a prince forward in time to save his life. Now, to protect her people, she may have to sacrifice herself, her lover, her child. Maybe even all three.

She hunts for the one who threatens the royal family and the throne of Leisos. And also seeks the daughter taken from her at birth. There's only one problem. They might be one and the same. What she finds on her quest is love and hate, loyalty and betrayal, and a revelation that will change her life forever.

Ardis is a warrior and former captain of the king's army. His allegiance to the throne lives in his blood - as does the secret he carries. He will protect both at all costs. Even if it means killing Narena or someone she loves.

For Ardis, that’s easy. Oded Fehr (he played Ardeth Bay in the two Mummy movies with Brendan Fraser.) He’d be perfect for the role as long as his hair wasn’t too short LOL!!


As for Narena, this one’s really hard. I mean I had to pour over pictures on the net to get an idea, because I see Narena in my head and she isn’t anyone I’ve seen in movies before. If I had to choose it would be either Monica Bellucci, who played the role of Veronica in The Sorcerer’s Apprentice or Angelina Jolie, as long as she died her hair darker, to an almost black. Both actresses are a bit older, which is what Narena’s character is like.

Where can readers find your books and where can you be found on the web?

Thanks for visiting today, Pat! If you have any questions for Pat, feel free to comment - and be sure to stalk find her on Facebook and her website (her links are below!)
About Pat Lee:


Pat has had a love affair with the written word since childhood, many times immersing herself in the stories of Enid Blyton and Carolyn Keene. Her active imagination gave inspiration to short stories and her first play as a teen.


As an adult she penned an award winning short story titled “The Battle” and “A Precious Glimpse in Time” published in an anthology. Her full-length play, “The Truth About Lies,” was staged at a theatrical festival competition in 2006.

Although still in pursuit of a place truly called home, Pat currently lives in Ontario, Canada with her husband and three cats, all of which claim rule over the house at one point or another.


When her nose isn’t pressed to the laptop monitor, you can find her at the public library. Besides dreaming up her next novel, Pat also enjoys traveling, baking, camping, wine, and of course reading – not necessarily in that order.