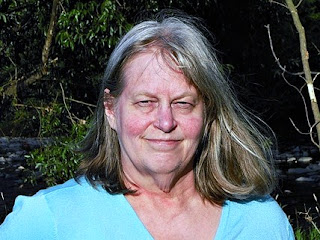 I want to thank Katie for hosting me on her blog today.

My inspiration for That Monroe Girl came from my love of westerns. I grew up in Southern California and most of our family vacations were in the western states. We visited cities and small towns alike. Many of the small towns looked like sets for the movie and TV I loved. Tombstone impressed me with the way they preserved the character of the place. The Tombstone Epitaph newspaper was still in business and I have a copy I bought when I was there. When I set to write the book, I sent away for a couple of historic copies of the newspaper from the 1880s, so I could see what news, businesses, and concerns the people had then. I tried to paint an accurate picture of the town and its citizens.

With the setting in 1883, Tombstone was a Phoenix rising from the ashes of a fire the year before that took out much of the business area. I'm sure the buildings had the look of a brand new town. I set it a few years after the Earps and Clantons shoot-out. That seems to be the only thing Tombstone was known for, but it was a thriving community and the seat of Cochise County. It's still a popular stop for vacationers and history buffs. I recommend it for all western lovers. 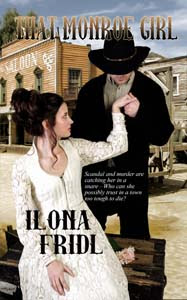 Cat Monroe arrives in Tombstone, Arizona searching for her father and brothers, who left Virginia for the West right after the Civil War. With the help of newspaper reporter Jake Spencer, she finds her family and a whole peck of trouble. She's falling for the newspaperman, but she discovers his family and hers are feuding over water rights. When her father finally accepts that she is his daughter, he wants to marry her off to a rich neighbor who has a dark past.

For the excerpt, since Valentine's Day is just passed, I give you The First Kiss.

The band started playing a polka, and he rose, bowing to Cat. “Before anyone else interrupts, may I have this dance?”
Cat laughed and reached for him. “Delighted to!”
They whirled onto the floor, and soon they were flying to the lively beat. The room seemed to blur as he swung her around. When at last the music ceased, they were breathless and hanging onto each other.
Cat opened her fan. “My, I’m overheated now.”
Jake held out his arm. “Want to step outside for a bit?” She slipped her hand through the crook of his elbow, and they went out the side door and to the back of the building. Strains of “Drink to Me Only With Thine Eyes” came floating into the night. The full Arizona moon made her creamy skin glow like alabaster. They did an impromptu slow waltz in the night air with some snorts and whinnying from the waiting horses. “Cat, you are so beautiful tonight.”
She stopped, still in his arms, and raised her eyes to his face. He could feel her trembling beneath his touch, as she said, “I’m beginning to feel more than friendship for you. Am I too bold to tell you this?”
Every nerve in his body came alert. A wave of tenderness and lust washed over him. “My dear sweet Miss Monroe, you don’t know what joy it is to hear that confession.” They stared transfixed at each other. Jake lightly caressed her cheek and moved his fingers to trace her neck to her shoulder. She seemed to soften as he hardened. Leaning down, his lips brushed hers lightly, and a small moan escaped her throat. His mouth sealed hers then, and he ran his tongue over her lips until she opened them and met him with a full kiss. Lord, she tasted sweet! He wanted her. Badly.
She pulled back and swallowed a couple of times. “Oh, Jake, that was―”―she seemed to be searching for the right word―”breathtaking.” She embraced him, fitting her body with his. “Let's do that again.”

About the Author:
Ilona Fridl was born in sunny California where she spent the first twenty years of her life. Dreaming up stories took up a lot of her time. She then followed her parents to Wisconsin where she met her husband, Mark. They started a locksmithing business, but there were still stories in her head. Finally, she started putting them on paper―actually, a computer. The rest is history. She has an adult daughter and a granddaughter.