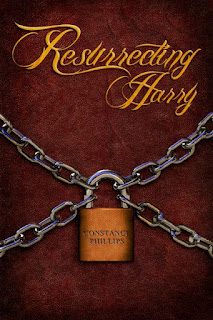 Thank you, Katie, for having me on your blog today!

The core idea behind Resurrecting Harry is that an escape artist is able to achieve the greatest escape ever – the chains of death.   Besides having the help of a supernatural being, I knew the person to achieve that feat would have to be a skilled, dedicated, and driven. It didn’t take me long to settle on Harry Houdini.

Just look at this interesting tidbit I found on an internet article about Houdini.

In order to achieve his death-defying stunts Houdini had to train himself to be both physically and mentally fit. He had an over-sized bath tub fitted into his house so that he could practice holding his breath (he could hold his breath for three minutes). He trained himself to be ambidextrous, making his left hand as able as his right. Determined to reach the peak of his profession, Houdini would practice card tricks over and over again without looking. As he sat down to talk with friends he would repeatedly untie knots with his feet. (10 Fascinating Facts About Houdini)

In the book, I had to give Harry’s physical ability to endure some time on the page, and compare it to Erich’s.  In one passage in particular, Harry’s memories and skills take over Erich’s new body.

Harry’s memories, his very soul, pulsed inside with each beat of Erich’s heart. Was it even possible for him to use those memories to accomplish the skills Harry had worked tirelessly to learn? There was much more to picking a lock or escaping shackles or a straight jacket than the mental knowhow. In this moment, nothing seemed more important than proving those skills were not as dead as his previous body.

Erich may not spend hours in a tub working on holding his breath or pass the time untying knots with his feet, but Harry’s soul, that pulses within him, carries Harry’s memories, and they do effect his actions.

For better or for worse…

Can the greatest escape artist ever known break the grim reaper's chains to save the only woman he's ever loved?

In order to save Bess from self-destruction, Harry Houdini puts his afterlife on the line by entering a wager with purgatory's keeper. He gives Harry a younger face and body, and a new name: ErichWelch.

Bess clings to his promise to deliver a coded message from beyond the grave, determined to provide the bridge for him to cross, even if that means befriending her husband's sworn enemy. Erich needs to help Bess over her loss and put her on the road to healing, but will any good come from Resurrecting Harry?

wOw, Constance! Way to hook a reader! Thanks for coming on the blog today to talk about the inspiration for your latest novel. If you missed the review of RESURRECTING HARRY that I posted yesterday, you can see it here.

To buy your own copy and read this fun story, here are the links: 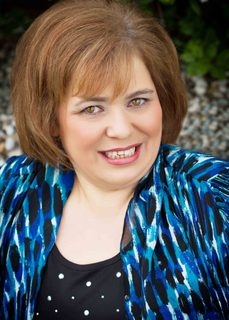