A to Z Blogfest: The Letter S 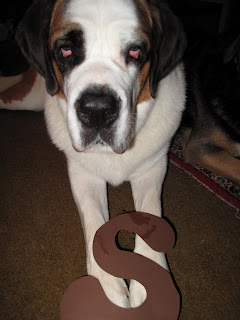 In Sticking with one of my running themes this month, the Letter S is going to Stand for my current project, SON OF A MERMAID, which will hopefully be out on Submission really Soon. Several other bloggers in this blogfest are posting excerpts, etc. every day So I don't feel like I'm cheating. (Only a little.)

I'm posting a Short excerpt from the Second chapter, about the nightmares my main character, Shea, has been having.

The blue-green coolness swirled around him as his body tumbled down through the water, arms and legs flailing as he struggled to hold his breath. Millions of tiny bubble of precious air traced the path of his descent, escaping from his clothing and through his nose.

Eyes wide even as the water rushed past, he watched a huge school of shimmering minnows part down the middle as they swam around him, surrounding him like a silvery box. Turning his face upward to the surface, he could see the blue sky receding further and further as he sank deeper into the water’s depths.
His throat and lungs burned from the effort of holding his breath. Darkness pressed hard against his eyes, and swirls of strange colors danced in front of him as his whole body strained against the lack of oxygen.
I need to breathe, he thought wildly, his whole body feeling like it was on fire. I can’t hold out much longer. His feet finally hit the mucky bottom with a thud, coming to a stop as the mud swirled around his legs.
There, hovering before him in the water, swam a beautiful woman with flowing golden hair… and a green fish tail that sparkled with golden flecks among the scales.
A mermaid.

Her big green eyes looked so familiar, just like the ones he saw in the mirror every morning. She smiled at him, reaching out to take his hand. His head pounded as searing pain ripped through his throat, as if his entire body would tear apart any second from the effort of holding his breath.

The mermaid squeezed his hand and nodded. The pain receded as Shea stared into her eyes, lost in their green depths. As she nodded to him again, he opened his mouth to exhale the stale air that pounded like a jackhammer in his lungs. Large bubbles rushed to the surface as he struggled to breathe, but there was no air to be had. Only salty ocean water rushing in to fill his mouth, his lungs, his body...

Shea woke with a start, clawing at the sheets and disoriented for a full minute before remembering where he was. At the Hansen’s house. Because his own home – the farm where he’d lived and worked all his life – was gone, swept away and crushed by the freak tornado.
And his dad was nowhere to be found.