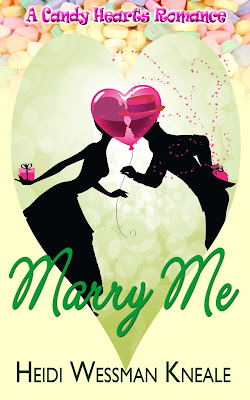 In 1905 New York City, affluent Millie Moore wants to be outspoken like the suffragettes she admires. She also wants to rid herself of an annoying and controlling suitor. For a well-brought up young lady whose mother fears her impending spinsterhood, speaking her mind is an uphill battle.

When Raymond Wilson sees Millie at a rally, it’s love at first sight. Not wanting his stutter to ruin his chances, he enchants a little candy heart to do his talking for him.

For Millie, Raymond is a breath of fresh air. And maybe, just maybe, someone she could love. But for her social-climbing suitor Guy Elliot, he’s a threat to his plans. And Raymond isn’t the only one who knows something about magic. Now the ante has been upped and Millie is the prize…

A giggle rose up inside Millie. “Do you always carry around candy?”

Raymond patted down his pockets. His hand rested over his heart for a moment. A coy little smile played his lips. Then he reached into another pocket and brought out a rumpled white bag from Smith’s. He pulled out a heart.

“I—I been s-s-aving th-th-these in c-c-ase I f-found you ag-g-gain.” From the inside of his jacket he produced a pencil. He wrote a tiny message on the heart before he gave it to her.

Her laughter bubbled up unrestrained. “Is it safe?”

She looked at the heart, hesitated, and then held it up to his lips. “You first.”

He opened his mouth and accepted the heart from  her delicate fingers. He sucked on it and closed his eyes in delight. “Mmmm…” He leaned back against the iron railing and gave himself over to the joys of a little conversation heart.

Millie let out a breath. “Are you teasing me?”

He lifted a single eyelid. “Yep.”


My Take:
Set in turn of the century New York City society with a big dash of magick sprinkled atop, this sweet romance is a lighthearted, feel-good story to warm your winter nights.

Millie is 21 and nearly over the hill, according to her mother. Her only eligible suitor is a social climber whose gifts make her nauseous, but she's been brought up to be good, be silent, and go along with the plans of others. Until the day she runs into Raymond on the street. Although from a good family, his speech impediment has kept him shy and single, until he's utterly taken with Millie.

Like I said, a sweet, sweet tale and the dose of magick gives it a sprinkling of glitter to make it all seem so shiny and fun. I loved the whirlwind courtship and the battle between the lighthearted good magick and oily selfish magick of the obnoxious suitor. I especially like that Raymond encourages Millie to speak up and speak her mind, which in the end saves her. I admit I was skeptical when reading the blurb, but I ended up loving this well written, magical novella. 5 candy hearts!

Heidi Kneale is an Australian author of moderate repute best known for her escapist fiction--especially Fantasy and Romance. She lives in Western Australia, near the ocean. Like most humans, she's got a family. She also associates with the World's Most Boring Cat. When not writing novels, she composes music and stares at the stars.