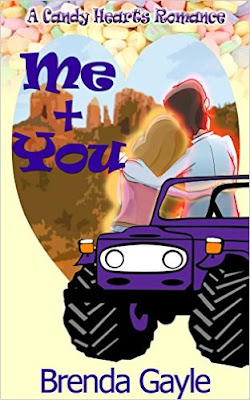 Teacher Lori Tait has always wanted a family, but now she's 40, she’s pretty much decided all the good men are taken. Instead, she devotes herself to her students, particularly one little girl whose struggle with math seems inconsistent with an otherwise brilliant and artistic mind.

Mark Wilder hadn’t planned to become a father, but when a fling resulted in his daughter, Grace, he whole-heartedly embraced the role. Raised in a family of boys, what does he know about women and girls? Once he learns of Grace’s inability to comprehend basic math, he welcomes the role of tutor as a way to connect with his daughter; the opportunity to spend time with her sexy teacher is an added bonus.

When Lori cracks the mystery of Grace’s problem Mark’s world is thrown into turmoil; he’s the last person who can help his daughter. He pushes everyone away, confirming Lori’s theory about men. Grace, however, has other plans. Using her new-found understanding of math, she sets out to prove to her father and teacher that, together, they add up to the perfect match.

Trust Sharon to drill to the heart of the issue. Lori would never know what kind of life she and Kyle would have had together. She tamped down the melancholy that came from those unfulfilled dreams. “It doesn’t matter anyway. The bottom line is I want to have a child and if I wait much longer I will be too old to be accepted into an IVF program.”

“I could give you one of my kids on a rotating basis.” Sharon grinned. “You could take a different one every week. Heck, I’d even throw in Tom for a week, he’s almost as bad as the young ones.”

“I know.” Sharon sobered. “But raising a child isn’t easy, especially if you have to do it on your own. For all I rag on Tom about being a big kid, I couldn’t manage without him.”

“Lots of women do it,” Lori said stubbornly.

“True,” Sharon conceded. She took a sip of her drink and then seriously observed Lori over the rim of her cup. “Okay.” She put the cup down on the table and sat up straighter. “But if you’re determined to have a child, don’t do in vitro. Find some sexy hot stud and, at least, have the fun of doing it the old-fashioned way.”

Lori gagged on a mouthful of mochaccino, trying not to spit it out with laughter. “And where do you think I will find such a specimen?” she asked when she managed to compose herself.

Sharon shrugged. “What about Mr. Tall, Dark, and Yummy?” She pointed over Lori’s shoulder.

Lori swiveled in her chair and found herself staring at the crotch of a poster-sized Mark Wilder exiting one of his famous purple Jeeps. She quickly raised her gaze to the familiar stubbled chin and deep brown eyes, but not before she felt the crimson rush of embarrassment flood her face. He was the only man she’d met recently that looked better than his picture. Take a Trip to the Wild Side with Sedona’s Wilder Jeep Tours, the poster proclaimed. Yessiree, if she was picking a partner on looks alone, she’d definitely take a trip to the wild side with him.

“Now there’s a reaction,” Sharon said, cocking her head to the side in anticipation of an explanation.

“His daughter is one of my students.” Lori took a long sip of her drink, hoping to calm her rattled nerves. Seeing his picture at the same time she was thinking of having a baby had somehow zapped her neurons, or electrons, or whatever it was in the brain that was responsible for rational thought. Her body was buzzing as if in anticipation—but that was crazy. She barely knew the man. And she was his daughter’s teacher.

Lori shook her head, then sipped her drink. There was no point arguing with her. Sharon was like a dog with a bone: the more you tried to reason with her, the tighter she held on to her conviction.


My Take:
Sweet and sexy, this well written story was such fun to read! I look forward to finding more stories from this author.

Lori is an elementary school teacher with an otherwise gifted student who can't grasp math at all. When the girl's divorced parents come in for a conference, Lori is drawn to the ruggedly handsome dad and agrees to tutor the girl at his home. Sparks fly between them, but neither seems willing to step over the boundary defined by her role as the teacher, no matter how strong the attraction.

I love that the author took the plus sign in the candy heart so literally and worked math into the storyline. Rather than hokey, it all seems so sweet, like crunching through a little box of candy hearts while reading. Really enjoyed this story and these characters, and only wish it had been a full-length novel to spend more time with them as it was a really fast read. 5 candy hearts!

Brenda Gayle has been a writer all her life but returned to her love of fiction after more than 20 years in the world of corporate communications—although some might argue there is plenty of opportunity for fiction-writing there, too. She has a Master's degree in journalism and an undergraduate degree in psychology. A fan of many genres, she's drawn to contemporary romance and enjoys creating deeply emotional stories with elements of mystery and suspense.
Brenda lives in eastern Ontario with her wonderful husband, two fabulous children, a rescued cat, two Siberian Huskies, and assorted aquatic wildlife.
Social Links
Web: www.BrendaGayle.com
Facebook: www.facebook.com/brendagayleauthor
Twitter: www.twitter.com/Brenda_Gayle
Goodreads: www.goodreads.com/BrendaGayle